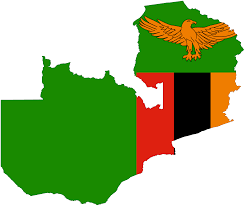 Zambia’s Central Bank has cut its benchmark lending rate by 50 basis points to 9.75 per cent on Wednesday, citing lower consumer inflation and weaker economic growth.
Bank of Zambia governor, Denny Kalyalya, told a media briefing that inflation was expected to remain in the 6-8 per cent target range over the next eight quarters.
He said: “Economic activity has continued to improve but growth remains below potential.”
He stated that preliminary data showed Zambia’s 2017 fiscal deficit at 6.1 per cent of gross domestic product, below the budget target of 7 per cent.
The central bank also said Zambian copper output increased by 1.6 per cent to 786,731 tonnes last year.
“We are expecting to have a further increase in 2018 due to improved power supply,” Bank of Zambia Director of Economics, Francis Chipimo, told reporters.
In December, the government projected Zambia’s 2017 copper output to increase to between 800,000 and 850,000 tonnes due to more stable power supply.