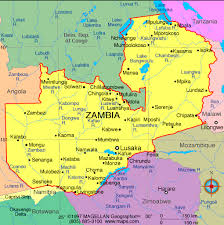 Share
Facebook Twitter LinkedIn Pinterest Email
Zambia will not leave the International Criminal Court, a senior Zambian official said on Friday, citing the will of the majority of citizens.
The Minister of Justice, Given Lubinda, said the country will not pull out of the ICC after public hearings were conducted.
“This is the position we are going to present to the African Union,” Lubinda said in a ministerial statement presented in parliament.
He said over 91 per cent of the 3,489 submissions made in 30 districts across the country were against pulling out of the international court.
The Zambian minister said stakeholders stated in their submissions that the country needed to make its own decision as a sovereign state and not be forced by other countries.
The government conducted public hearings between March 27 and April 20 to get views from citizens on whether the country should remain or leave the ICC.
This was after the African Union at its 28th Summit in January, resolved a non-binding recommendation to pull out of the ICC after alleging that it was only targeting African leaders.
– NAN
Given Lubinda International Criminal Court nan ZAMBIA
Share. Facebook Twitter Pinterest LinkedIn Tumblr Telegram Email