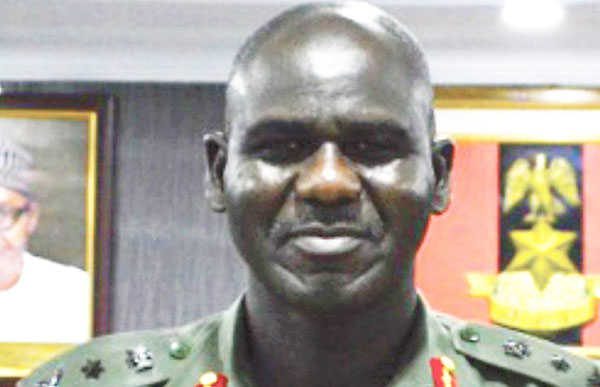 Followers of Islamic cleric, Sheikh Ibrahim Zakzaky, have been accused of attacking the Chief of Army Staff, Lieutenant General Tukur Buratai, and his convoy.
The members of the Shiite Islamic Movement in Nigeria were said to have attacked Buratai and his convoy close to the Islamic Movement’s Centre, Hussainiyyah Baqeeyatullah, along Polo Ground, PZ, Zaria, Kaduna State.
In a bid to ferry their boss to safety, those in the convoy of Buratai were said to have shot at the crowd surging towards Buratai.
Buratai was said to have narrowly escaped being killed.
It could not be ascertained if anyone died as at press time.
There has been no love lost between members of the sect and the Nigerian Army.
The sect had once accused the Army of killing 33 of its members, including three sons of Zakzaky.