YWC Co-Founders to Akintoye: Retract statement by you and your cronies or be sued 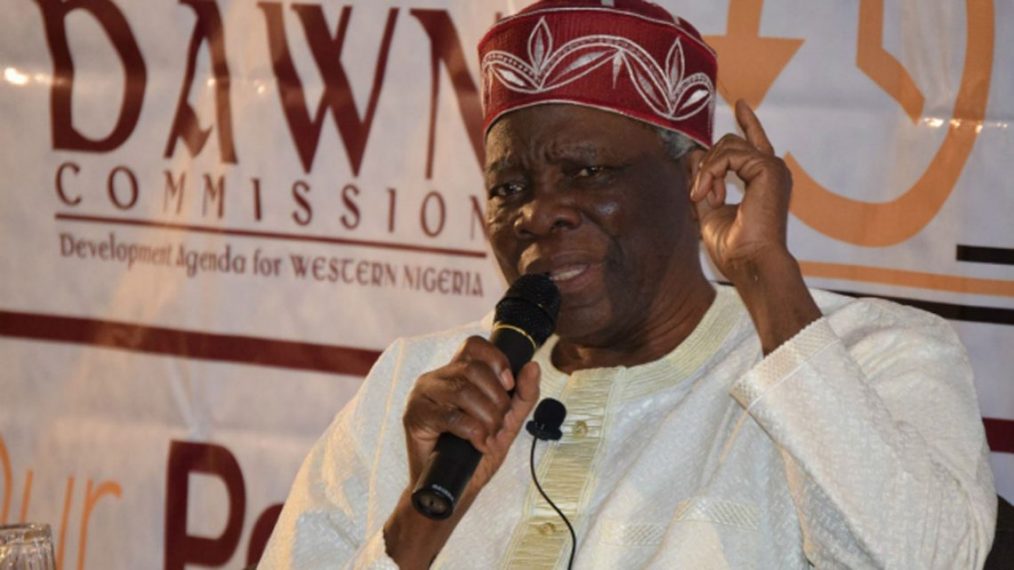 The Co-Founders of the Yoruba World Congress have threatened to drag its sacked Leader, Emeritus Professor Banji Akintoye to court if a statement credited to him and some other backing his leadership of the YWC was not withdrawn.

The Co-Founders – Dr. Amos Akingba, Akogun Tola Adeniyi, Chief Solagbade Popoola and Prof. Anthony Kila – under the Leaders Council, issued the threat after a group declared Akintoye as the substantive leader of the YWC.

They said in a statement on Wednesday: “Our attention has been drawn to a statement attributed to one of the members of the motley groups gathered together in Ibadan to celebrate the anniversary of their election of Prof Akintoye as Yoruba leader that took place  in Ibadan in August 2019.

“The statement published on the website of some national publications on Tuesday 1st of September stated among other things that the  brain behind YAF are four members of the Yoruba World Congress (YWC).

“We wish to state categorically that none of our members are behind the YAF, a group unknown to YWC and whose proclamations and activities are at odds with the vision and methods of the YWC.

“We are giving those that made the statement 48 hours to retract their statement in all publications print and digital or face a a law suit.

“The YWC is a content based global organisation populated by disciplined and principled members with a clear sense of history and that holds in high esteem the Yoruba dignity, image and unity but we shall not let our members be slandered.

“The YWC wishes to reassure all its members that we shall not be derailed by anyone because our vision has been very clear before the Ibadan election of a Yoruba leader and we remain focus on the emancipation of Yoruba Nation.”