YPP to FG: Stop use of force against Shiite protesters 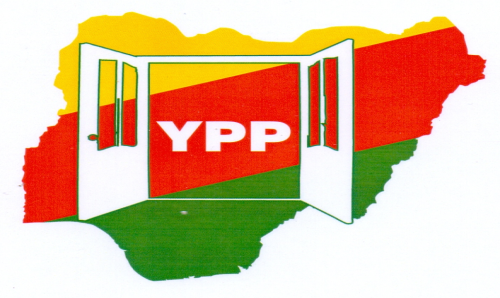 Share
Facebook Twitter LinkedIn Pinterest Email
The Young Progressives Party has called for an independent, forensic investigation into the immediate and remote causes of the several violence that have erupted at different points in Kaduna and most recently the Nation’s capital, Abuja, by members of the Shiite group.
The National Chairman of the YPP, Comrade Emmanuel Bishop Amakiri, made the call during a press conference on the wave of violence in the country on Thursday in Abuja.
Amakiri, therefore, called on the Government to make use of tact, not force, adding that the time for a change of approach by Nigerian security agencies is now.
He said: “As a matter of National urgency call for an independent forensic investigation into the proximate and remote causes of the several violence that have erupted at different points in Kaduna and most recently in Abuja in an otherwise peaceful protests and all those found culpable should be brought to justice so as to redeem our fast fading image before the international community where we have built a shameful reputation as a nation without value for human lives.
“We appeal to the Nigerian government to engage in peaceful dialogue with leaders of the Shiite group in order to reach a common ground in resolving the cause for their unending protests” adding that, tact and not force should be applied in handling of protests by aggrieved groups especially the ongoing protests by members of the Shiite group so as to stem the needless loss of lives.
“While we acknowledge the fact that it is within the fundamental rights of members of the Islamic Movement of Nigeria, popularly known as Shiites, to protest peacefully, such protests, however, must be done within the ambits of the law and must not impede on the rights of other citizens. We condemn the action of violent confrontation with security agents and the use of stones and other harmful objects to attack same.
“It is foolhardy to engage in violent confrontation with armed security personnel as the aftermath can only be sorrow.
“We implore the Nigerian government to fully embrace its own counsel to the Israeli government as contained in a statement released on 18th of May, 2018 condemning the killing of 58 Palestinians.”
Islamic Movement in Nigeria shiites Young Progressives Party
Share. Facebook Twitter Pinterest LinkedIn Tumblr Email