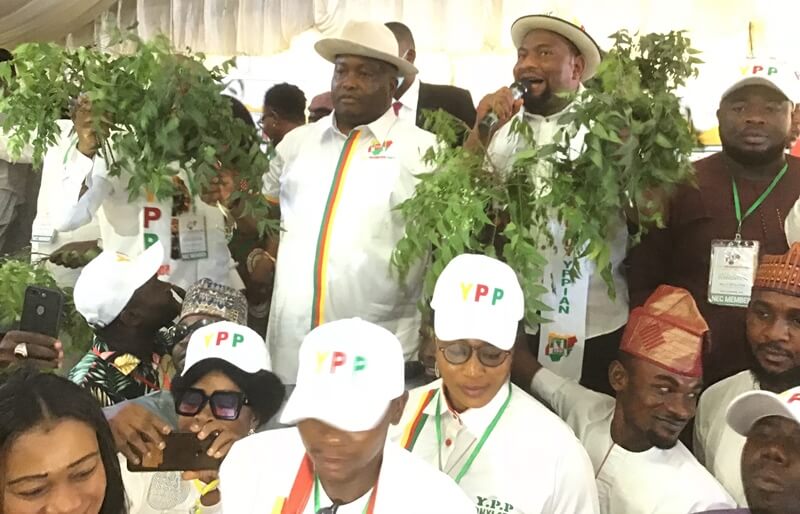 The Young Progressives Party has urged Nigerian youths to rally round the party to forge a common front in pursuit of a better Nigeria.

The National Chairman of YPP, Comrade Bishop Amakiri, made the call on Saturday at the special national convention of the party held in Abuja, tagged: “Ballot Revolution – YPP Generation Now.”

Amakiri said the nation currently needed urgent intervention as all socio-economic and political indicators were not favourable to the citizens.

He said that the economy had been on a free fall with increasing poverty due to several obnoxious policies of government.

He noted that the road to economic and political emancipation had never been easy but that they were possible to achieve, and must start now.

Amakiri said: “The time has come for us to replicate the patriotic and resilient spirit of great African leaders such as Sir Abubakar Tafawa Balewa, Dr. Nnamdi Azikiwe, Chief Obafemi Awolowo, Sir Ahmadu Bello and Sardauna of Sokoto.

“Taking over political leadership at all levels won’t come through endless confrontations with our political oppressors who have refused to listen to us, but through a coordinated synergy.

“This synergy is aimed at ending the reign of political mediocrity that has kept the nation in the state of perpetual backwardness; this can only be achieved through #BallotRevolution.

“Cost of governance and closure of our land boarders without adequate capacity for sustainable production contributed to the poverty and other negative results the country has recorded in recent time.”

According to Amakiri, the #EndSARS protest against police brutality came barely two weeks after the party’s Advocacy Walk for Good Governance on incessant PMS price increase in September.

He said the #EndSARS protests were an indirect approach used by the people to protest against bad government and we were against extreme force used to disperse the protesters.

Amakiri also said the party would continue to demand for urgent electoral reforms in the country as it was the only way the party could win elections at the grassroots being the root of governance.

Also speaking at the event, Chief Ifeanyi Ubah, the only serving senator of YPP, said the party was going through a reengineering process to guarantee quality leadership tomorrow.

Ubah said: “We will educate you on how we are going about the revolutionistic movement that will usher us into the mainstream.

“Today we are number four, but by the grace of God in two years time, we will be number one in Nigeria.

“You can take me off, but don’t take my word off; I have a reason for being in this party.

“We are the choice of all the major parties, but let me not say so much until we unveil the engine room.”

The News Agency of Nigeria reports that a one minute silence was observed in honour of those who lost their lives during the #EndSARS protests in many parts of the country.

The party also used the occasion to ratify the election of new national executive members and the approval of the new party logo.