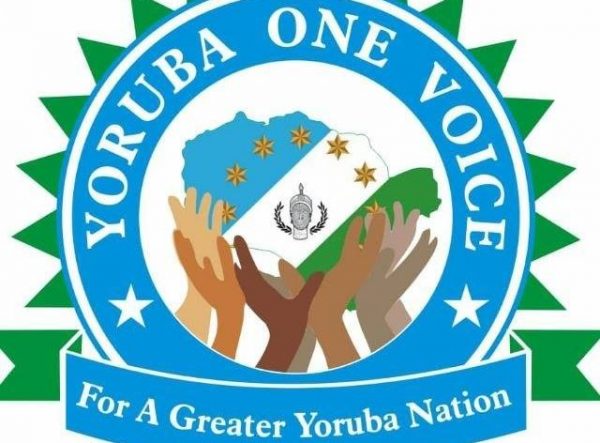 Prominent Diaspora group, Yoruba One Voice (YOV) has warned the leader/Coordinator of  the Yoruba Appraisal Forum, Adeshina Animashaun, not to set Southwest region on fire, saying the statement credited to the  six prominent Yoruba monarchs was done in bad faith.

But in swift reaction to the visit, YOV, in a statement by its Publicity Secretary, Omoladun Orolugbagbe, however, dismissed the statement allegedly credited to the Yoruba obas as the antics of a paid agent of South-west politicians who are on a mission to truncate the ideals of Yoruba race.

Orolugbagbe stated further that Animashaun was reputed to be anti-Yoruba, adding that his visit to the Obas was premature and ill-timed, particularly, at a time when the Southwest had been ravaged by the Fulani herdsmen.

The YOV publicity scribe, however, maintained that the six Yoruba monarchs mentioned in the statement were quoted wrongly, insisting that the reason for the visit was too political and was capable of destroying the unity in the Southwest.

She described Animashaun’s recent move as a subtle attempt to fulfill the dream of his pay-masters, who are majorly politicians from the Southwest, declaring that the visit was like a trap too costly for the Yoruba race to fall into.

YOV image maker also said Yoruba monarchs are very diplomatic in nature and would never stoop so low to alter the rave of events that is blowing in the country.

“How can you grossly misquote our revered monarchs like Olubadan, Oba Saliu Adetunji, and Soun of Ogbomosho, Oba Oyewunmi  in such a cruel manner and stylishly setting them against their people in Yoruba land?

“That statement was grossly misleading because the Obas are mostly respected in Yorubaland. They have unique history attached to their different kingdoms and they have their ears to the grounds and they know what the Yoruba people both home and abroad want.

“So, none of the Obas mentioned in the statement would drift from an idea and clamour that is geared towards liberating the people of the Yoruba race from the bondage of the Fulani captivity.

“If Adeshina Animashaun is so sure of the statement credited to these six Southwest monarchs, let him produce the tape or videos with which the statement was made.

“Then, we can believe his version of the story. But I know he is acting a script because from his attitudes and antecedents, we know he is always a sellout, especially, for the politicians.”

Explaining the reasons for the agitation for self determination, Orolugbagbe said the call for self-determination was in quick response to the various insecurity challenges ravaging the Southwest region.

She lamented the spate of killings, kidnapping, injustices, nepotism in the North East, North West and Central, saying the Southwest is now at the receiving end, even as farmers could no longer go to their farms.

“Adeshina Animashaun of the Yoruba Appraisal Forum is like the Kanu of the Abacha era and nobody should take him serious. The killings across the country on daily basis have justified our call for self determination. Even many of the governors in the North have raised their voices over the killings in the North; nowhere is spared.

“The Middle Belters are telling their people to rise in self defence and the entire country is bleeding.

“For instance, Sule Lamido, former governor of Jigawa, recently attested to this pogrom, Sultan also said this recently, governors like Samuel Ortom, Ganduje of Kano and others are raising their voices against these huge security challenges.

“Therefore, YOV and other Yoruba in the diaspora will continue to seek international support for a peaceful strategy to drive home our self determination agenda, and for those that seek regionalism based on the federating units, they should continue and never relent in their battle. It is like the two sides of a coin. The battle is neither for the coward nor for the brave, but for those that are very determined and consistent in their struggle for a Yoruba nation that the Yoruba can be proud of,” she said.