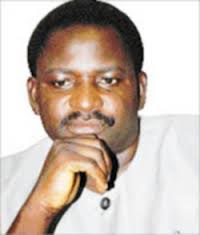 The Nigerian Young Journalists Forum has congratulated the Deputy Editor-in-Chief and Deputy Managing Director of Sun newspapers, Femi Adesina, on his recent election as President of the Nigeria Guild of Editors.
In a press statement jointly signed by the forum’s National President, Ayodele Samuel, and Secretary, Zacheaus Somorin, the YJF also commended members of the Guild for the peaceful and successful election of its executive, which was devoid of rancour as the forum promised to learn from it.
The statement said: “The Guild’s conduct is worthy of emulation.
“We are proud of our bosses.
“Mr. Adesina has paid his dues as an administrator, a journalist par excellence known for his hard work, discipline and a knack for professionalism.”
The Forum believes that Adesina’s emergence will further enshrine professionalism in the practice of journalism in the country, urging him to use his new position to further strengthen the relationship between the NGE and other journalists associations in the country to bring about consistent vibrancy.