Uzodinma to Fani-Kayode: Your attempt to gain from Gulak’s murder has failed 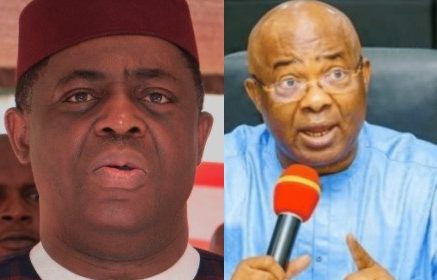 Uzodinma in a statement by his Chief Press Secretary, Oguwike Nwachuku questioned the character of the former Minister who he said wants to make capital of the murder by trying to reap from an ugly situation.

“It seems the former Aviation Minister wants to make capital of the unfortunate gruesome murder of Alhaji Gulak who was killed on Sunday morning around Ngor Okpala on his way to the Sam Mbakwe International Cargo Airport.

“But Fani-Kayode in his characteristic manner of always trying to reap from ugly situations has taken to his Facebook wall to make insinuations that suggest he does not want those behind Gulak’s assassination unveiled,” he added.

But the governor in response said: “Ordinarily, one would not have bothered responding to the balderdash Fani-Kayode posted on his Facebook wall because Nigerians know the character that is him, but for the unsuspecting members of the public who may not know the reason behind his comments.

“Explanations had been offered that Gulak was not Governor Uzodimma’s guest as of the time he was killed in Imo, but had come to the State on the invitation of the organisers of the 1999 Constitution Review Committee of the Senate as a Consultant.”