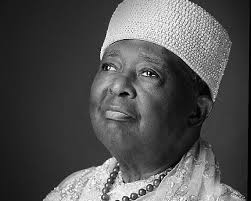 Share
Facebook Twitter LinkedIn Pinterest Email
A Cuban association comprising of Yoruba people, the Asociación Yoruba de Cuba, has commiserated with the Yoruba race and the Governor of Osun State, Ogbeni Rauf Aregbesola, on the transition to glory of the Ooni of Ife, Oba Okunade Sijade.
The Association, in a condolence letter sent to Aregbesola, joined other Yoruba world over to mourn the transition of a worthy ambassador and a pride of the Yoruba race with deep sorrow.
The letter, signed by its President, ‎Sir Awo José Manuel Pérez Andino, noted that the organisation and her people in Cuba share in the pain and sorrow of other Yoruba people, praying that God will console the family over the loss of the late monarch.
The letter reads in part: “With deep sorrow for the passing away of the Ooni of Ife, Oba Okunade Sijuwade, Yoruba traditional leader and friend of Cuba, we join wholeheartedly the pain of the Yoruba People and his family for the loss of such a dear friend.”
Members of the Cuban based Association include Council of Elder Priests of Ifa of the Republic of Cuba, Council of Elder Priests Oba – Oriaye of Cuba and Council of Elder Iyalochas Priestesses of the Republic of Cuba.
Others are Council of Elder Babalochas Priests of Cuba, Council of Elder Arará Priests of Cuba and Council of Priests Chiefs of Cabildos of the Republic of Cuba
Ogbeni Rauf Aregbesola the Ooni of Ife
Share. Facebook Twitter Pinterest LinkedIn Tumblr Email