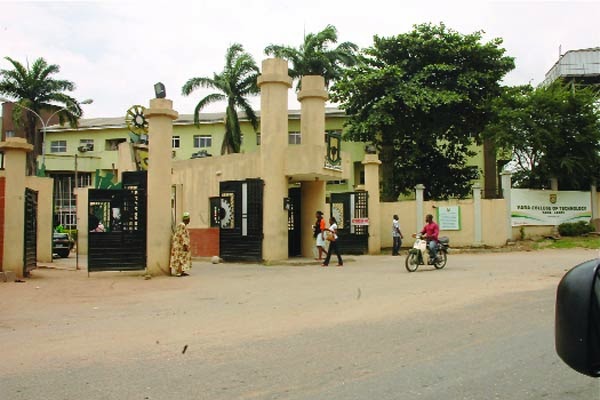 The Senior Staff Association of Nigerian Polytechnics in Yaba College of Technology has appealed to the Federal Government to resume payment of promotion arrears to its members.
The Chairman of the association, Olorunmbe Omopariola, told the News Agency of Nigeria in Lagos on Monday that the payment was long overdue.
Omopariola said that no fewer than 650 of the association’s members were owed promotion arrears from 2013 to 2017 and could no longer understand the reason for the delay in paying them.
He said that workers were becoming concerned and agitated over the delay, since the payment began in January 2018.
The chairman said that majority of their counterparts in other federal polytechnics in the South West had received their entitlements, leaving Yabatech and Ede Polytechnic out.
He said that the Federal Government released N30 billion to Ministries, Departments and Agencies on January 15 and that some federal polytechnics had been receiving bank alerts.
He said: “Our colleagues in Federal Polytechnics, Bida, Ilaro, Bauchi, Ilekede, Offa, Ado and others have received their promotion arrears as at January 22.
“We do not know what is happening to our college and why we have not received our promotion arrears.
“We are worried because 2019 elections are around the corner and we do not want it to over-shadow the payment or divert government’s attention.
“We have worked for this money; government should pay us.”
Omopariola said that some delegates of the college had on May 23 and May 26, visited the Accountant-General of the Federation’s office in Abuja to make enquiries over the delay.
He said the delegates comprised the Non-Academic Staff Union of Educational and Associated Institutions, Academic Staff Union of Polytechnics, SSANIP and the chief internal auditor of Yabatech.
The unionist said the delegates were not able to see the accountant-general but met a director in the office, who said all efforts were being made to ensure that all civil servants received their promotion arrears.
According to him, Yabatech has been shortlisted for payment in the next batch but we cannot say when the approval will be given.
He said: “We were assured that we will receive our money very soon, but up-till now, we have not seen any bank alert.
“They cannot give us adequate information on when the payment will be made. All we know is that we are on the batch.
“We do not want our money to be used for something else. We are afraid it may be diverted for other purposes.
“We urge the government to resume the payment as soon as possible so our members will enjoy their money in good health.”
On January 26, SSANIP threatened to down tools if the promotion arrears were not paid to its members.