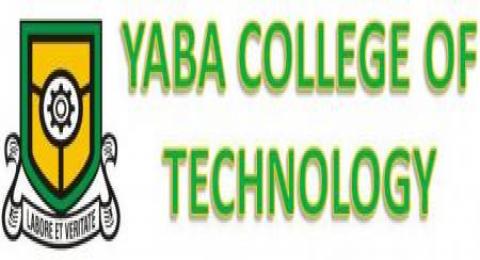 The Governing Council of Yaba College of Technology on Wednesday said it had acquired a world-class security software capable of detecting any act of plagiarism in write-ups submitted by students and lecturers.
Lateef Fagbemi, Chairman, Governing Council of the college, stated this at the 11th International Science, Technology, Education, Arts, Management and Social Sciences Conference in Lagos.
Fagbemi spoke on “Plagiarism and Its Legal Implications Within Academic Environments: Consequences On The Institutions And Offender”.
The three-day conference organised by the Research Nexus Africa Network, in collaboration with the Academic Staff Union of Polytechnics, ends on June 29.
Fagbemi said the software would detect the slightest act of plagiarism and copyright.
According to him, with the software, the college is confident that products, are now better secured and their final works, much more reassuring.
He said the conference was apt as it brings to the front burner, the unfortunate situation of plagiarism.
He said: “Educational institutions must step up the quality control mechanisms and academic papers submitted by writers must be thoroughly checked to detect a possibility of plagiarism.
“Yabatech has now acquired world-class security software that can detect even the slightest act of plagiarism in write-ups submitted by our students and lecturers.
“This is where the deployment of technology comes in.
“Relevant software must be acquired by our institutions to detect any possible case of plagiarism and be able to nip it in the bud.’’
Fagbemi further remarked that plagiarism was prevalent, not only in tertiary institutions but also in science, journalism, literature, film creation and other areas.
He said that in the academic and intellectual industry, plagiarism was a serious ethical offence.
According to him, plagiarism cases could be detected even in works of famous writers, songs, filmmakers, philosopher, scientist, and public workers, among others.
He said: “Plagiarism is not in itself a crime, but can constitute copyright infringement.’’
Fagbemi recommended that institutions must step-up the quality control mechanisms, while government must set up legislative intervention in curbing the problem of plagiarism.
He said: “Our laws must be re-jigged to cater for the menace as a specific problem.
“A specific problem deserves a special and deliberate solution.
“The legislature must promulgate laws that specifically and pointedly address plagiarism, and all its variance, taking it away from the adaptation of the copyright laws, under which it is currently treated.’’
Also speaking, Dr Obafemi Bank-Olemoh, Leadership/Business Intelligence expert at Caleb Business School, Lagos urged the Federal Government to develop the human resource capital to achieve industrialisation.
Bank-Olemoh said the three tiers of government needed to re-access and reinforce the implementation of Technical and Vocational Education policies.
He spoke in a paper titled: “Nigeria’s Industrialisation Drive cannot succeed if not anchored on the Investment and Development of Human Resource Capital; particularly on Technical Vocational Education”.
He said the success of Free Trade Zones hinged on addressing infrastructure deficit by appropriate funding.
He noted that sustainability of Nigerian Industrial Zones could not be achieved if the expatriate quota abuse is not controlled.
According to him, the integration system pathway should be adopted to bring together TVE curriculum, academic and applied curriculum, the labour market demands, institutions and the society at large.
He said: “The focus now should be on the development of a viable natural system of a vocational and technical education programme that will have easy access and exit learning pathways.
“It must be validated by accredited learning that will lead to work or continued progress along another learning pathway.
“This will help ginger youths and adults to see TVE as challenging and worthwhile.’’
Obafemi Omokungbe, Rector, Yabatech, commended iSTEAMS for organising the conference and urged participants to be active in all sessions.