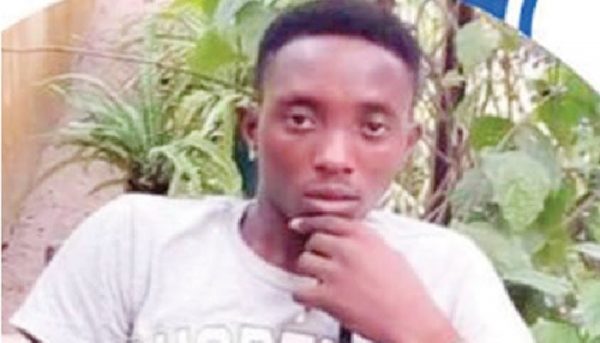 The Yaba College of Technology has commiserated with the family of Tosin Osatuyi, a Civil Engineering HND 2)student, who died in a fight while celebrating his final examinations on July 28.

Joe Ejiofor, Deputy Registrar of the institution, revealed this in an interview with the News Agency of Nigeria.

Ejiofor, who spoke on Tuesday, described the incident as tragic and unfortunate.

Ejiofor, however, disclosed that the fight, which broke out among Osatuyi and his peers, occurred outside the college premises, having concluded their examinations and left the vicinity.

He said: “We sincerely sympathise with the family of the deceased over the tragic death.

“It is unfortunate and painful for someone who  have toiled to earn a certificate, just to die in such circumstance.

“The students on finishing their examination that day, went celebrating outside.

“So the said fight that broke among them, which led to Osatuyi’s death, did not happen in the premises.

“There was no way we could allow any issue of such to degenerate to that level, if they were still in the college vicinity jubilating over the successful end of their exams.”

The Deputy Registrar noted that the management had not been officially informed about the sad development and the circumstances that led to Osatuyi’s death.

Meanwhile, he hinted that some students had approached the Dean of Students Affairs, Tunji Balogun, seeking for permission to organise a candle light procession in honour of the deceased, which was turned down.

According to him, the COVID-19 protocol is still very much being observed in the college.

NAN gathered that Osatuyi and some of his friends at the end of their last paper went to a sports viewing lounge in Tejuoso, in the Yaba axis, to celebrate when a fight broke out.

It was also gathered that Osatuyi was allegedly injured in the process and was rushed to a nearby hospital for treatment, where efforts to save his life proved abortive.

NAN further reports that the deceased, an Ondo indigene, who was buried on July 30 in his hometown, was the Class Governor of the graduating Civil Engineering students of the institution.