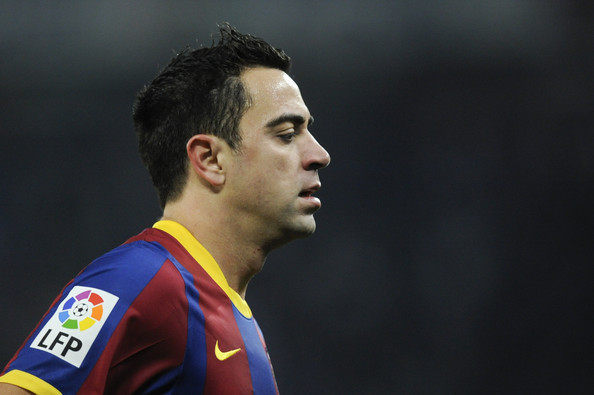 Share
Facebook Twitter LinkedIn Pinterest Email
Former Barcelona and Spain midfielder Xavi has announced he will retire at the end of the season to pursue a career in coaching.
The 39-year-old, who lifted eight LaLiga titles, three Copa del Reys and four Champions League trophies during his time with Barca, has spent the last four years playing in Qatar with Al Sadd.
Having won the league with Al Sadd this season, the 2010 World Cup winner feels now is the right time to move on to the next stage of his career.
In a letter published by Spanish newspaper AS, Xavi said: “It has been a privilege to play football until I was 39 years old and now I would like to finish the season at the top by winning the Emir Cup and reaching the next phase in the Asian Champions League.
“This is my last season as a player, but I’m looking forward to seeing what the future holds for me as a coach.
“What I have achieved in the last two decades has been a privilege and, therefore, I believe it is my duty to take the initiative of the field and return through football whenever possible.”
Xavi, who also won two European Championships with Spain, said he plans to continue his work with Generation Amazing, a Qatari project which “uses football to develop and inspire young people.”
Copa del Rey FC Barcelona La Liga Retirement UEFA Champions League Xavi
Share. Facebook Twitter Pinterest LinkedIn Tumblr Email