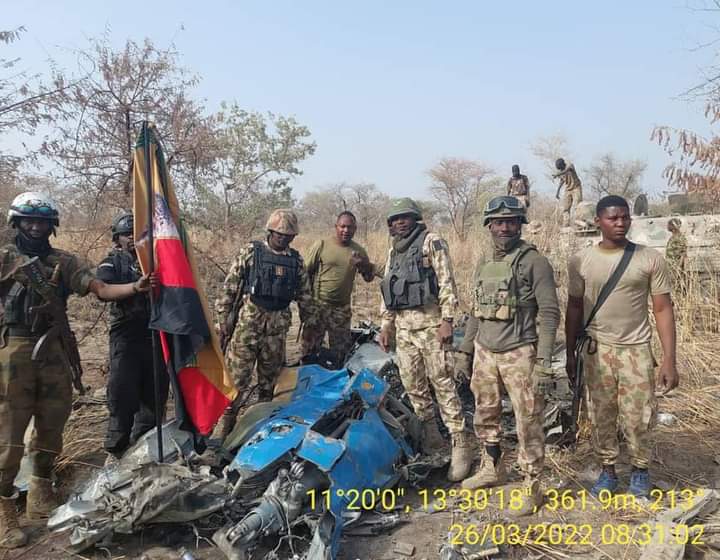 One year after, troops of Operation Hadin Kai have discovered the wreckage of the Alpha Jet of the Nigerian Air Force that went missing while conducting an operation in the dreaded forest.

The Nigerian Army stated this on its verified Facebook account on Saturday while giving update on the recent success recorded by the troops in overrunning the terrorists’ Camp Zairo in Sambisa Forest. 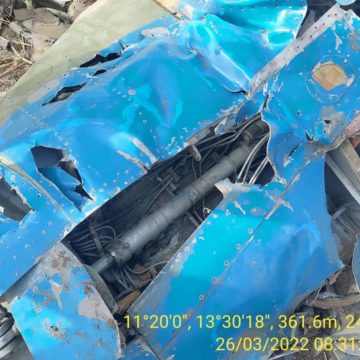 The NAF Alpha-Jet was declared missing after it lost contact with the radar during an interdiction mission on March 31, 2021.

The Facebook post reads: “Troops of Operation Desert Sanity on clearance patrol in Sambisa Forest, Borno, have uncovered the wreckage of crashed Alpha Jet aircraft (NAF475) that went off the radar with two crew members on March 31, 2021.”

The post also stated that further exploitation was ongoing as well as clearance operations to mop up the area. 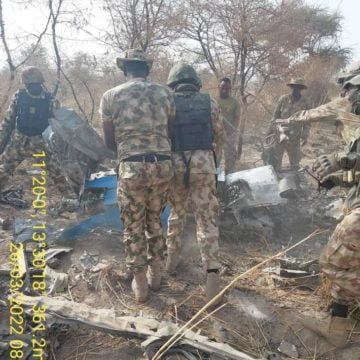