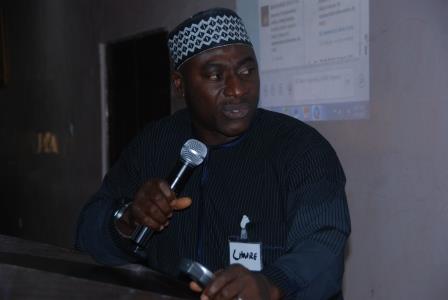 Lanre Arogundade, the Director of the International Press Centre in Abuja, on Sunday advised journalists to uphold the media code of ethics to earn respect and relevance in the society.

Arogundade gave this task in a statement made available to the News Agency of Nigeria in Abuja as part of activities to mark the World Press Freedom Day.

He enjoined media professionals and organisations to constantly adhere to their code.

The director reminded them that their social responsibility would always play out rather than parochial interests of the media proprietors when professionalism and ethics of practice of journalism in all in its ramification was respected.

He said: “Media organisations must realise that whatever the circumstances, it pays keep to faith with professionalism and ethics.

“Those who operate strictly on media code of ethics will reap the profit in the long run.

“Those who ignore ethics will smile to the banks today but possibly come out of the banks crying tomorrow.”

Arogundade further called on journalists and media organisations to always work for the reduction of conflict and promote peace without compromising themselves in their duty to inform.

On the 2015 general elections, Arogundade expressed concern that significant areas of non-compliance with the code of ethics overshadowed the few areas of compliance in the media coverage.

He said: “There are major challenges with the implementation and enforcement of the code.

“The monitoring and the enforcement mechanisms were virtually non-existent.”

Besides, the director called on media regulators and professional bodies to be alive to their responsibilities by monitoring and sanctioning members on adherence to ethics of journalism and broadcasting.

NAN also reports that the Day is an opportunity to protect the mass media from assault on their independence and pay tribute to journalists who have lost their lives in the line of duty.