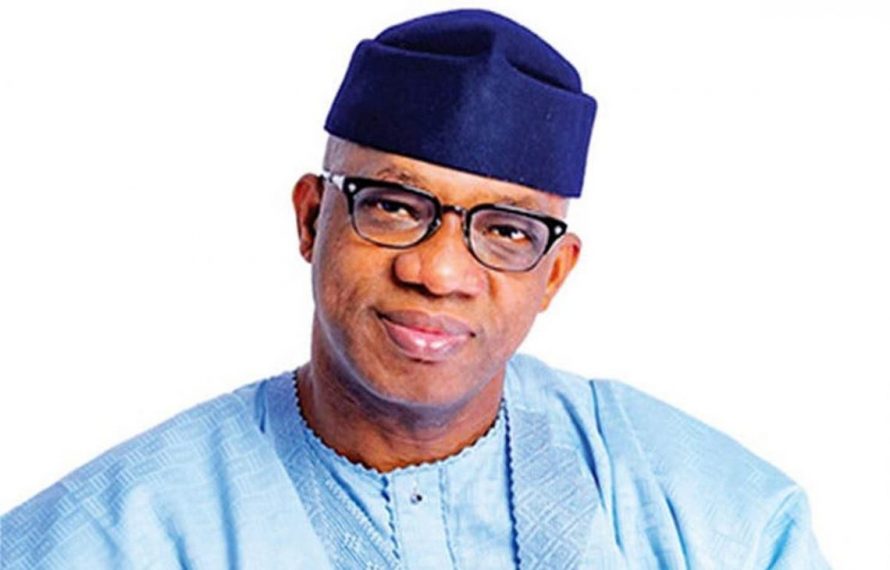 The Ogun State Governor, Prince Dapo Abiodun, has suspended all penalties imposed on people who built without approval, just as he gave 30 days ultimatum for them to regularise their building documents.

He spoke at 2022 World Habitat Day celebration, with the theme: “Mind the Gap; Leave no one and no Place Behind.”

The event was held at the Oba’s Complex, Oke-Mosan, Abeokuta.

Abiodun said the gesture was to ensure that those who built without permit have the opportunity to regularise their documents.

He said: “In commemoration of World Habitat Day in the state, I have decided to suspend all penalties for those that build without approval.

“This is not to say that you should now go and build without approval.

“I expect that you take this as a mark of generosity because today is the World Habitat Day.

“All those that have built without approval, I will give them 30 days to go and regularise their approvals.

“Anyone that abuses that approval again, will be subjected to the sanctions that are imposed by the urban and regional officials.

“So, I give you this grace period to regularise the documents between now and the end of the year.

“If you build without approval, you are going to pay 100 per cent of what you should have paid if you had applied.

“That is outside this grace period that I am giving you.

“I am waving that penalty.

“Just pay the required amount and collect your building documents and that applied across board.”

Abiodun said his administration had launched the State Land Administration and Revenue Management Scheme to remove delay in the issuance of Certificate of Occupancy, adding that stringent measures have been put in place to control construction of buildings to meet best practices and guard against building collapse across towns and cities in the state.

Abiodun added that his government had demonstrated commitment to minding the gap and promoting the ideals and objectives of the United Nations and World Habitats Day with the provision of good road network, affordable houses built across the three senatorial districts of the state.

He said: “We have continued to make our towns and cities conducive for our people to live, work and play.

“Our houses are designed to incorporate people of different levels and categories to benefit from the provision of adequate affordable houses.

“Our plan is to ensure that no one or any place is left behind.

“We will continue to work assiduously to close the gap of inadequate and discrimination in our society.”

The Wife of the Governor, Bamidele Abiodun, in her speech read by the wife of the Speaker of the State House of Assembly, Bolanle Oluomo, said she has devoted her time to the promotion of issues relating to water and air pollution as they have direct negative bearing on the health and wellbeing of the people.

In her remarks, Human Rights Activist, Joe Okei-Odumakin, noted that poverty and inequality is global, adding that though Nigeria is a leading producer of crude oil, she is regarded as the poverty capital of the World with 83 million of her citizens being poor.

Okei-Odumakin lauded the Ogun State Government for building a Cargo Airport, which she said would generate thousands of employment opportunities as well as giving out bursary to its students in higher institutions.

The Guest Speaker, Prof. Taibat Lawanson, from the University of Lagos, in her lecture, disclosed that 50 per cent of Nigerians live in urban areas as centres for economic growth and development, where they face various challenges brought about by over population, which is compounded by climate change, conflicts and COVID-19.

Lawanson said to ensure that no gap was left behind, it was imperative for government to empower those that are left behind through targeted interventions and empower local government areas to strengthen multilevel governance so that those who are elected could serve the people at the grassroots levels.

The Commissioner for Physical Planning and Urban Development, Olatunji Odulami, in his welcome remarks, said Ogun State has not celebrated the event in the last nine years, commending the governor for supporting the marking of the event this year, adding that as a people-oriented government, it is aimed at ensuring the delivery of  quality governance to the people.