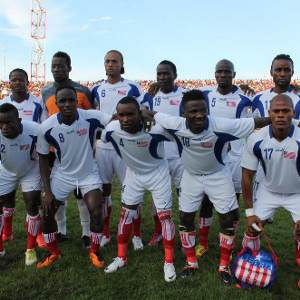 Liberia Lone Star coach, Peter Butler, remains proud of his team despite beginning the Qatar 2022 FIFA World Cup qualifying campaign with a 2-0 defeat to Nigeria in Lagos on September 3.

Butler was impressed with the effort from his players against a Super Eagles team he described as a “very good” side.

He said: “I was very proud of our young team, the effort and endeavour was there to see.

“We were up against a very good team who possess excellent top flight players.

“Congrats to Nigeria, but we gave them a run for their money.”

The Lone Star will be hoping to bounce back from the defeat on Monday when they play against Central African Republic at the Japoma Stadium in Douala.

The Wild Beasts snatched a point from their opening game, which ended with a 1-1 against the Blue Sharks of Cape Verde.