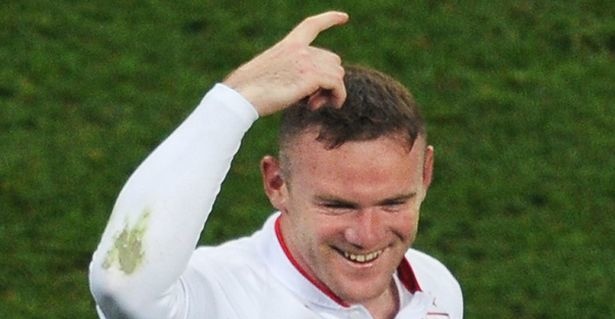 England has taken another step towards qualification for the 2018 World Cup in Russia, courtesy of a 3-0 victory over fierce rivals, Scotland, at Wembley on Friday.
Headed goals from Daniel Sturridge, Adam Lallana and Gary Cahill made it 10 points from four games to keep England top of Group F in Gareth Southgate’s last competitive match in interim charge of the team.
The match was only the third meeting between the neighbouring nations this century, with England winning the previous two, but the game itself struggled to live up to the occasion in the opening exchanges.
Indeed, with the exception of a number of sloppy moments in the England defence, it took until the 21st minute for the first notable piece of action when Wayne Rooney saw a 25-yard free kick clip the top of the wall and fly past the post.
The opening goal arrived moments later, though, as Raheem Sterling’s blocked shot bounced into the path of Kyle Walker, who reached the byline before cutting a cross into the middle for Sturridge to glance home for his fourth goal in his last six starts for England at Wembley.
Scotland should have restored parity just three minutes later when Grant Hanley was left completely unmarked at the back post from a corner, but he failed to make the most of the chance and skewed his header well off target.
It was the visitors who continued to look more likely to grab the game’s second goal, though, and Leigh Griffiths was the next to waste a good chance on the half-hour mark when he latched on to a loose pass from Rooney, only to ignore Robert Snodgrass in support and send a deflected effort into the arms of the keeper.
Darren Fletcher then fired one over the top before the break, and Gordon Strachan’s side picked up where they left off at the start of the second half too when James Forrest dragged an effort wide from the edge of the box after a clever dummy from Griffiths.
The chances continued to arrive in the opening five minutes of the half, and Snodgrass was denied by a fine block from John Stones moments later as the visitors pushed for an equalising goal.
However, their wastefulness was punished less than a minute after Snodgrass’s chance as Lallana glanced a well-placed header into the far corner following another quick break forward from the hosts.
The quality in the final third was proving to be the difference between the two sides, and Scotland were once again left empty handed moments after England’s second goal when James Morrison sent his shot straight at Joe Hart.
Any hopes of a memorable Wembley comeback against the Auld enemy were ended shortly after the hour mark when England made it a hat-trick of headers on the night, with Cahill darting to the front post and glancing Rooney’s corner past Craig Gordon.
It should have been four for Southgate’s side 10 minutes later when Jordan Henderson’s low cross into the middle found Sterling at the back post, but the Manchester City winger ballooned his effort over the crossbar from a couple of yards out with the goal gaping.
Scotland’s belief had been killed off by the third goal, though, and there was no threat of a comeback from the visitors as England comfortably saw out the game to make it 33 qualifying matches without defeat.
The win leaves England two points clear at the top of Group F, while Scotland slump down to fifth place, now six points adrift of the only automatic qualifying spot as the pressure on Strachan continues to mount.