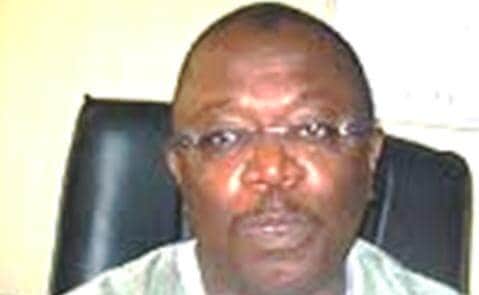 Workers of the three Kwara Starte-owned media houses have decried the parlours state of the outfits that had led to their collapse.
The News Agency of Nigeria reports that the media houses are Radio Kwara, Kwara Television and Herald Newspaper.
The workers of the corporations separately blamed the state government for paying lip service to the plight of the organisations.
Workers of Radio Kwara, officially known as Kwara State Broadcasting Corporation, lamented lack of working tools, insincerity of government in the repositioning of the media houses and poor working condition.
Apart from lack of power supply to its two broadcasting stations in the last one month, they also bemoaned poor condition of offices, non-payment of two months salary and failure to release operational fund.
Speaking with NAN on Tuesday in Ilorin, Rasaq Aremu, Chairman, Radio, Television, Theatre and Art Workers Union, Radio Kwara chapter, said both AM and Midland FM stations had been off air for more than a month.
Aremu described the situation as worrisome, particularly during the Ramadan that the stations would have generated a lot of revenue.
“It is disheartening that government now patronises private radio stations in town while it leaves out the government-owned outfits to collapse,” he said.
Aremu expressed dissatisfaction with the purported repositioning exercise of the media houses by the government, saying: “There is nothing to justify the millions of naira allegedly claimed to have been injected.
“The staff of the organisation had in September 2018 embarked on a peaceful protest to raise alarm over the fraudulent repositioning exercise and called for the immediate removal of the Sole Administrator of the state-owned media houses, Dr. Muideen Akorede, who is also in charge of the repositioning.
“The two old 35 kilowatt transmitters of the Midland FM had broken down while the newly purchased 10 kilowatt transmitter developed fault within two weeks when it was installed as a result of lack of Uninterrupted Power Supply (UPS) device,” he said.
He said the government was owing the diesel supplier millions of naira, while Ibadan Electricity Distribution Company had cut-off the power supply to the station due to debt yet to be paid.
In a similar development, workers of Kwara State Printing and Publishing Corporation, publisher of The Herald Newspapers, had also staged a protest over what they described as poor working condition.
The aggrieved staff decried the poor condition of their offices, the entire vicinity in which the media outfit is located as well as non-payment of accumulated allowances.
The staff, under the aegis of the Nigeria Union of Journalists and National Union of Printing, Publishing and Paper Products’ Workers, had also shut down the gate leading to the premises of the newspaper house in Ilorin.
Speaking with newsmen, the NUPPPPROW Chairman, Abdulrasaq Ahmed, said the workers were protesting bad working environment and dilapidated state of infrastructure in the outfit.
Ahmed said staff have had to contend with poor working condition for almost nine years without any hope in sight.
The NUPPPPROW chairman stated that the staff used to take refuge under the tree because of the unbearable nature of their offices.
Ahmed decried the epileptic production of the newspaper, which used to be on the news stand four times in a week, but now struggling to come out once in a week.
He said the situation had rendered many able staff redundant.
The state Commissioner for Information and Communications, Mallam Mohammed Sabi, who addressed the aggrieved workers, called for calm, promising to table the grievances before Governor Abdulfatah Ahmed.
NAN reports that the Herald is one of the oldest state newspapers in Nigeria.
NAN also reports that the state television station has been off the airwaves in the last three months.
While no member of NUJ and RATTAWU at the television house was willing to speak with NAN on the development, a staff, who preferred anonymity, blamed the situation on lack of operational funds.
The staff said: “Government had in the last few months stopped the release of operational funds to the station whereas it is the state revenue service that is collecting revenue generated by the station.”
He also lamented irregular payment of salaries, noting, however, that the station was recently refurbished with modern tools and equipment under the state repositioning exercise.
He said: “All our new equipment have been brought to the station, but what I can call our challenges are two.
“Government has stopped the release of operational cost and the morale of workers are low due to irregular payment of salaries.
“We are not being paid when other civil servants are paid.
“So, we are seriously working under a very poor condition.
“These are the reasons why we are not operating.”
In his reaction, Akorede, the Senior Special Assistant on Media and Communication Governor Abdulfatah Ahmed, blamed the financial situation for the operational lapses.
He, however, said fund would soon be released by government to solve the problem of lack of electricity and diesel.
Akorede, who is also the Sole Administrator of the three media houses, promised a briefing on the repositioning exercise for the media houses.
NAN.