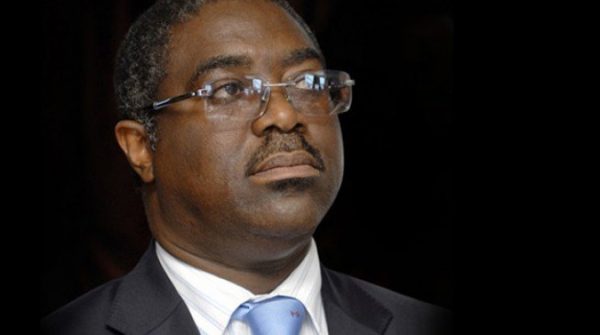 In line with the Federal Government’s determination to reform Nigeria’s tax system towards effective economic growth, a team of tax experts charged with the responsibility for implementation of the National Tax Policy has been inaugurated at the Kano Hall of the Transcorp Hilton in Abuja on Tuesday.
The Chairman of the Committee, who is also the Executive Chairman of the Federal Inland Revenue Service and Chairman of the Joint Tax Board, Tunde Fowler, also inaugurated a Technical Tax Policy Drafting Committee, which began a workshop on National Tax Policy Implementation same day.
Fowler said he inaugurated the Technical Tax Policy Drafting Committee same day following the importance and urgency of its assignment to national economy.
Fowler charged the Technical Committee to work harmoniously and assiduously in order come up, within a few weeks, with a tax policy document that will address achieving sustainability in revenue generation, identifying new and enhancing the enforcement of existing revenue streams and achieving cohesion in the revenue ecosystem.
Fowler said: “To support work of the reconstituted National Tax Policy Implementation Committee, I’m inaugurating a Technical Tax Policy Drafting Committee.
“I am charging the Chairman and members of the Technical Committee with the responsibility of accelerating the drafting and submission of a draft Finance Bill and if deemed necessary, any draft Executive Order(s), to harmonise the various tax and excise law reform efforts.
“It is our expectation that the Technical Committee will work assiduously over the next few weeks to produce a singular set of fiscal measures that will be considered and approved by the reconstituted NTPIC.
“Once agreed, these fiscal measures are to be submitted to the Economic Management Team and the Federal Executive Council for approval and ultimate transmission to the National Assembly for passage into law as part of the efforts to support the 2020 Executive Budget Proposal.”
The Chairman of the Technical Committee, Ambassador Adeyemi Dipeolu, said he understood the magnitude of the assignment given to him and his committee members and promised that they would work hard to achieve a good result.
Dipeolu said: “The meeting of the Technical Tax Policy Drafting Committee will be convened immediately after this inauguration.
“We understand the challenges facing the economy and we will work together to produce a draft tax policy document that will address the challenges.”
Foreign tax stakeholders in Nigeria such as the International Monetary Fund and the Department for International Development were represented at the event.
They commended the initiative and offered some insight towards achieving the project.
Country representative of the IMF, Amine Mati, said reform of Nigeria’s tax system is number one in the IMF’s blueprint on Nigeria’s economy.
Mati said: “I welcome the initiative of the Committee.
“It is our number one priority in the economic growth plan for Nigeria.”
Mati suggested that the Committee should look into Value Added Tax laws and also ways to further improve non-oil revenue for the country.
Head of DFID’s Economic Development for Nigeria, Richard Ough, said he felt emotional about the need for reform of Nigeria’s tax system to accelerate economic development, adding: “This is absolutely fundamental to Nigeria’s development.”
Other members of the NTPIC include: Comptroller-General, Nigeria Customs Service (Deputy Chairman); The Permanent Secretary (Finance) from Federal Ministry of Finance; Permanent Secretary (Special Duties); Permanent Secretary and Solicitor-General of the Federation, Federal Ministry of Justice; Director-General of the Budget Office of the Federation; Director-General of the Debt Management Office; Director-General of the Securities and Exchange Commission; Statistician-General of the National Bureau of Statistics; Executive Secretary of Nigeria Investment Promotion Council; Executive Secretary of the JTB; Deputy Comptroller-General of Customs; and the Director (Legal) Federal Ministry of Finance.
Others are: Ambassador Adeyemi Dipeolu, Jumoke Oduwole, Farouk Gumel, Oyebode Oyetunde, Mark Abani, Rukiyal El-Rufai, Nabila Aguele, Abiona Sanni, Taiwo Oyedele, Ajibola Olomola and Oluseye Arowolo.
There has been an ongoing effort on tax reforms.
In May 2018, former Finance Minister, Kemi Adeosun, submitted a Memorandum to the Federal Executive Council seeking approval to the National Tax Policy Implementation Committee Report on Tax Law Reforms.
The Former Minister’s memo sought the Cabinet’s approval for: two distinct Executive Orders, namely: the VAT (Modification) Order and review to Goods liable to Excise Duties and Application Rate on Sin taxes; five separate amendment bills covering Companies Income Tax, Personal Income Tax, Value Added Tax, Individual Development (income and tax relief), Act, and Customs, Excises and Tariffs; as well as amendments to the Stamp Duties and associated Gas reinjection Act.