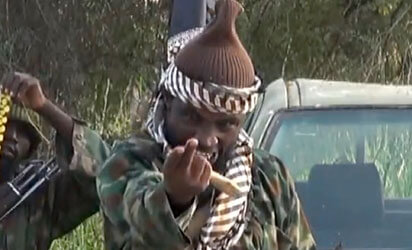 Female members of Boko Haram are almost as likely as men to be deployed as fighters in North East Nigeria, challenging a widespread perception that these women are mainly used as cooks, sex slaves and suicide bombers.
This was contained in the report of a joint research by Finn Church Aid, The International Dialogue Centre, The Network of Religious and Traditional Peacemakers and the Citizen Research Centre.
The report was released on Tuesday in Dakar, Senegal.
The report noted that while men in the Islamist group dominate in leadership and training roles, women may outnumber them in other senior roles such as recruiters and intelligence operatives.
The report, based on interviews with 119 former Boko Haram members, found that four in 10 female respondents said they served as soldiers, compared with 45 per cent of men, while both sexes carried out domestic tasks like cooking and cleaning.
Mahdi Abdile, the Director of Research at Finn Church Aid and co-author of the study, said recruiters are adapting to the tightening security environment.
Abdile added that women and girls are increasingly being targeted for recruitment.
He said: “The intelligence community is on the lookout for young men, so it is easier for women to navigate past security barriers and penetrate communities.”
Boko Haram has killed about 15,000 people and displaced more than two million in Nigeria in a seven-year insurgency to carve out an Islamist caliphate and it still launches attacks despite having been driven out of much of the territory it held in 2014.
The Islamists have stepped up suicide bombings carried out by children in recent years, many of them carried out by girls, according to the UN children’s agency, UNICEF.
Vincent Foucher of the International Crisis Group said that while there has been a global focus on the female suicide bombers, women in Boko Haram have long been involved in planning logistics, planting mines and bombs and fighting as soldiers.
Foucher said that the report also found that six in 10 of the former militants who are currently undergoing rehabilitation programmes were introduced to Boko Haram by friends and relatives.
He said: “Only a quarter learned about the group at mosques or Islamic schools.
“Mosques and madrasas, (Islamic schools) used to be the place to get new recruits, but now they are under the spotlight.
“Adding that this shift in strategy represented a challenge for anti-terror and radicalisation efforts in Nigeria.”
Mercy Corps said the religious beliefs, poverty, a lack of education, work and opportunities offered by Boko Haram were cited by the former militants as the main reasons for joining the Islamist group.
The corps said that Boko Haram has lured young entrepreneurs and business owners to join them by providing or promising capital and loans to boost their businesses.
Reuters/NAN.