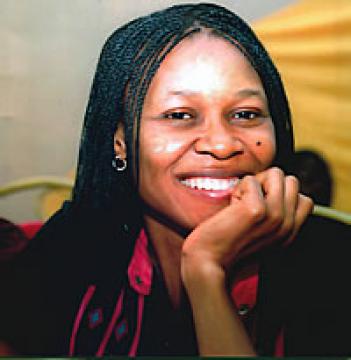 A Non Governmental Organisation, Women Arise, accredited by the Independent National Electoral Commission to observe the governorship election in Ondo State, Women Arise, and the Action Congress of Nigeria have continued to trade accusations over the October 20, 2012 poll.
While Women Arise said the cry by the ACN over its accreditation as an observer group for the election was to prepare the ground for the rigging of the election by the party, the ACN urged the INEC to reconsider its position on the accreditation of the NGO for the poll.
Women Arise, in a statement by its President, Dr. Joe Okei-Odumakin, said: “Women Arise is sounding an alert to all security agencies and the general public of a plot by Alhaji Lai Mohammed and his party to unleash violence against members of the group during Saturday polls in Ondo.
“Our highly informed source told us that thugs have been instructed to attack our members in different local governments in the state and advised that we should withdraw from the exercise.
“We insist that would amount to succumbing to blackmail and intimidation by enemies of the open society.
“Though we do not underestimate the capacity for evil by the forces Lai Mohammed represents, we shall not bow to their threats as we believe in the supremacy of law and order.
“We therefore call on all security agencies to be on the alert and do their job of securing of lives of law abiding citizens.
“We shall hold Lai Mohammed and his party responsible if anything happens to any of our members.
“Lastly, we debunk the incitement of hate being peddled by Lai Mohammed that Women Arise is anti-islam.
“Our organisation is made up of people from different faiths and as such the reference to Lai Mohammed’s disposition that women should be kept under veil, is a metaphoric expression for his view that a woman cannot have an independent opinion.
“His sexist and patriarchal view should not be accepted by women of Nigeria.”
In a statement by its spokesperson, Alhaji Lai Mohammed, the ACN called on the INEC to speak out urgently on the decision by the commission’s Election Monitoring and Observation Unit to register glaringly-partisan groups as observers for Saturday’s governorship election in Ondo State.
The party said if INEC fails to speak out on the issue, it means it is not serious about organising a free, fair and credible election on Saturday.
It said the general perception out there is that at least two of the groups that have been accredited to monitor the election, Women Arise and Rights Monitoring Group, are partisan and should not have been accredited to observe the election.
The ACN said its earlier statement that the fact that Okei-Odumakin is the wife of Mr. Yinka Odumakin, who has publicly stated his support for one of the contestants in the election, Dr. Olusegun Mimiko, has raised the red flag over the group’s neutrality – a pre-requisite for any group observing an election.
Also, the party said, the fact that Femi Aduwo of the RMG is a known supporter of Mimiko should automatically rule the group out of being accredited as an observer for the poll.
The party said till date, Aduwo has yet to deny being a supporter of Mimiko or that his group has been inexplicably issued with 1,500 tags instead of the 100
given to other groups, with the alleged plan to give some of the tags to thugs of the Labour Party, the ruling party in the state.
The statement added: “The issues we have raised are key to the success or otherwise of the election, and none of the groups has faulted us. Women Arise, whose President has reacted to our statement, has only engaged in personal attacks than substance. The group has not told Nigerians how it can be expected to be neutral despite the marital links of its President to an acknowledged supporter of one of the contestants.”
The ACN said that apart from the virulent attacks mounted by Dr. Okei-Odumakin, it is obvious that Women Arise is not a respectable, neutral and all-embracing group that it has made itself out to be.
It said no self-respecting women’s group will denigrate women, whether or not they are in purdah or ”eleha” as the
group said.
It also said no group that calls itself an ”independent organisation with a board made up of eminent Nigerians and thousands of members across the country”
will cast aspersion on the religion of many of its members. Or does Women Arise not represent the interest of Muslim women?
“If it does, how can it so impugn on their religion and self-dignity by casting aspersion on them? Does Dr. Okei-Odumakin not realise that being in purdah does not mean a woman is not well educated or cannot hold her own anywhere? The truth is that unless and until high-stake issues like this come to the fore, one does not realise that some of those looming so large in the public space are not who they are made out to be.
“Apart from its glaring partisanship, it is now clear that a group like Women Arise, which can so openly discriminate against some women on the basis of their religion or practices related to it, is not fit to observe an election in which such women will also be voters.”