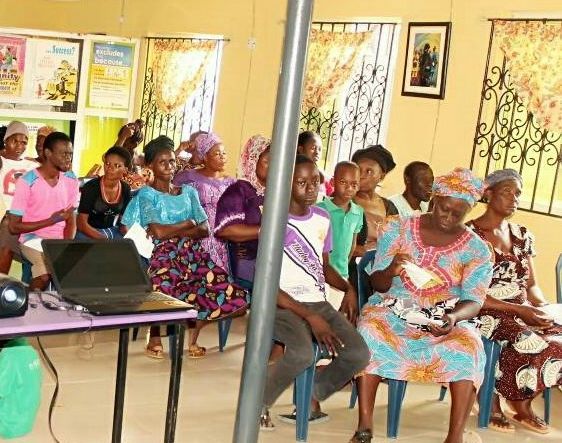 As the world commemorated the World Malaria Day this week, a non-governmental organization, the Health Education and Empowerment Initiative, in partnership with the Society for Family Health and Sona Agro Allied Company added their voices to the event held in Ijoko, Ogun State.
Folasade Ofurune, a public health practitioner and Executive Director of Health Education and Empowerment Initiative, told newsmen that health awareness and enlightenment campaign are crucial in the prevention, control and management of malaria and other communicable diseases, especially at the grassroots.
Ofurune spoke while facilitating the programme in her office during the commemoration of the World Malaria Day 2017, marked annually on April 25.
The programme, which saw over 200 participants, including men, women and children, featured talks, questions and answers, video and slide presentations on prevention, dangers and fatal effects of malaria, testing, treatment of those who tested positive and distribution of malaria drugs.
The theme for 2017 World Malaria Day was: “End Malaria for Good.”
“Raising awareness on communicable diseases in communities has been one of our priorities in HEDEN, whose vision is: ‘A world, in which communication saves lives, improves health and enhances well-being,’” Ofurune said.
In the same vein, the Programme Officer of the organization, Aderonke Adekitan, while facilitating the video presentation, emphasized that malaria was more at the grassroots due to low level of awareness and information.
According to Adekitan: “We need to take malaria awareness campaigns down to the grassroots, especially hard-to reach communities.”
In order to reduce the high incidence of malaria, she harped strongly on the use of insecticide nets and keeping clean environments, which require proper disposal of refuse.
According to the World Health Organisation, the World Malaria Day is an occasion to highlight the need for continued investment and sustained political commitment for malaria prevention and control.
The event was supported by the Society for Family Health, which provided the Rapid Diagnosis Test Kits, with Sona Agro Allied Company providing its products as part of its social responsibility.
HEDEN said it was intensifying efforts on awareness and prevention strategy in order to reduce the death toll from malaria, which has continued to kill hundreds of thousands of people annually.
HEDEN promotes a wide range of development activities in the areas of Public Health, Maternal Newborn and Child Health, Training and Capacity Building, Community Development, Mobilization and Engagement, Programming for Vulnerable populations, HIV/AIDS, Advocacy and Research.
HEDEN’s mission is to build the capacity of vulnerable groups and underserved population through information, education, communication and health programmes so that individuals and communities can live meaningful lives, improve their well-being and have a sense of dignity in a “new community”.