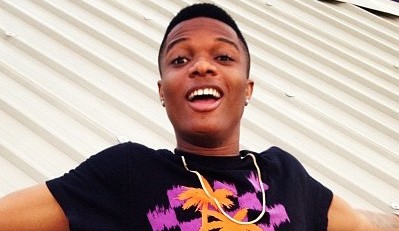 “Afropop 101,” the debut mix tape of Legendury Beatz is finally out!
Wizkid announced its dropping on Friday night on his Instagram page.
The nine-track offering features the likes of frequent collaborators, Wizkid and Mr Eazi, as well as Vanessa Mdee, Maleek Berry, Timaya, Niniola and Simi.
Wizkid collaborated with Mugeez in Undercover Lover.
The mixtape title is distinctly African and according to Legendury Beatz, means popular African music that fuses various genres.
Afropop 101 is a collage of different sounds that traverse hip hop, electro-house, moombathon and of course, dancehall.
It is available on Apple music.
Legendury Beatz is a Nigerian record producing and songwriting duo, composed of siblings Uzezi Oniko (born February 17, 1986) and Okiemute Oniko (born May 27, 1989).
With less than a year as a music production duo, Legendury Beatz made international headlines in the Nigerian recording industry by producing the critically acclaimed single: “Azonto,” which was performed by afrobeats recording artist and MOBO Award winner, Wizkid.
The aforementioned song helped popularize the Ghanaian Azonto dance.
Throughout their career, they have been noted for their extensive work with Wizkid.
They have also been noted for writing and producing consecutive string of hits.
The duo have produced many songs with vocal contribution from artists such as American rapper Wale, British rapper Tinie Tempah, 2face, Ice Prince, Efya, Banky W, Seyi Shay and Chidinma, amongst others.
NAN.