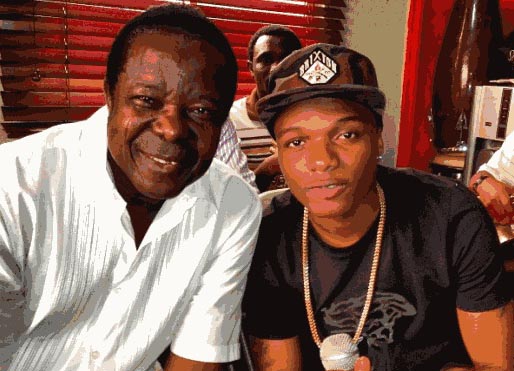 Ayo Balogun, other wise known as Wizkid, will be featuring the Afro beat King, King Sunny Ade, in his yet-to-be released new album.
The Bad Boy of Nigeria Entertainment, sources said, also featured other notable artistes such as Olamide, Sheyi Shay, Banky W and Don Jazzy in his 12-track album.
The new album, it was learnt, will soon be released.