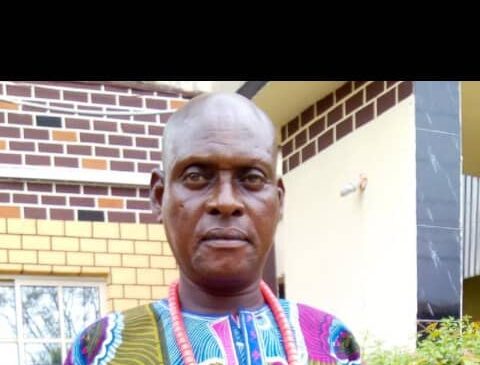 As the elections tribunals continue to adjudicate on the petitions before them, Dr. Okhue Iboi, the High Chief of Wheppa Wheno Kingdom, Edo State and Spokesman of the White Witches Association of Nigeria, has stated that he and his members already knew the outcome of the cases.
Speaking in Lagos with some select journalists, Iboi disclosed that at the association’s meeting on Zuma Rock, Abuja recently, it was revealed that both former Vice President Atiku Abubakar and General Jeremiah Useni (retd) would still have their dreams realised.
While that of Abubakar, according to the witches, was a destiny that must be realised, the group urged Useni to be steadfast as the future was bright for him too.
Abubakar is contesting the reelection of Muhammadu Buhari as the president of Nigeria at the Presidential Election Petitions Tribunal, while Useni is battling Governor Simon Lalong at the Plateau State Elections Petitions Tribunal.
Both Abubakar and Useni are of the Peoples Democratic Party, while Buhari and Lalong are members of the All Progressives Congress.
Iboi said Abubakar would have won the election hands down if he had heeded the warnings of the witches and carried out the necessary sacrifices.
His word: “Atiku would have won the 2019 presidential election if he had listen to the White Witches.
“As far back as January we told him that he would win the polls but that Independent National Electoral Commission would be compromised, but he ignored our warnings.
“However, it is not late as the tribunal’s decision can go either way.
“But one thing that was clearly revealed to us was that Atiku will become President of Nigeria one day.
“It may however be sooner or later, but surely Atiku will become president of Nigeria.
“Mark my word.
“Whether Atiku wins at the tribunal or not, he will surely become President of Nigeria one day.
“It was also revealed through our crystal ball that the election petition of General Jeremiah Useni in Plateau State, I mean his petition against Governor Simon Bako Lalong, will succeed.
“Useni s case was a very interesting one as our members following invitation from the Plateau State branch of Witches Association of Nigeria had to converge on Wase Rock in Jos, the capital of Plateau State, for a special meeting to discuss his case.
“Our members in Plateau State told the national executive of our association that he was a nice man well spoken of in Plateau State and beyond, that as a result of that they have interest in his case.
“Based on their request, we held special prayers for General Useni.
“But before doing that, it was revealed to us in our crystal ball that he may upset Lalong.
“If he becomes the governor of Plateau State, his tenure will witness not only economic boom for the state, but also enduring peace.
“He has a good aura that will rob off positively on the people of Plateau State if he wins the case against Lalong.”