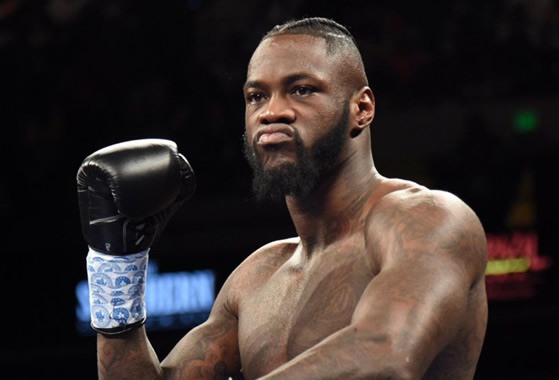 Deontay Wilder has been hit with a six-month suspension following his heavyweight loss to Tyson Fury.

Wilder slumped to the canvas for the third and final time in the 11th round of Saturday’s WBC Heavyweight title fight in Las Vegas, failing to get back up and was taken to hospital after.

Despite being discharged on the same night with a broken finger, the Nevada State Athletic Commission slapped a ban on the American and will not allow him to fight until April, unless he is cleared by doctors.

Following Fury’s title defence, his first ever as world heavyweight champion, he too has been suspended but only for the regulatory 45 days.

Fury’s win gave him the 2-0-1 victory in the duo’s three-fight series, with the Brit scoring knockouts in the last two and the first fight ending in a draw.

He will now recover with mandatory challenger Dillian Whyte expected to be Fury’s next opponent for his WBC Heavyweight title, assuming Whyte gets the job done against Otto Wallin this month.

Wilder has now suffered back to back defeats for the first time in his career after winning his previous 43.