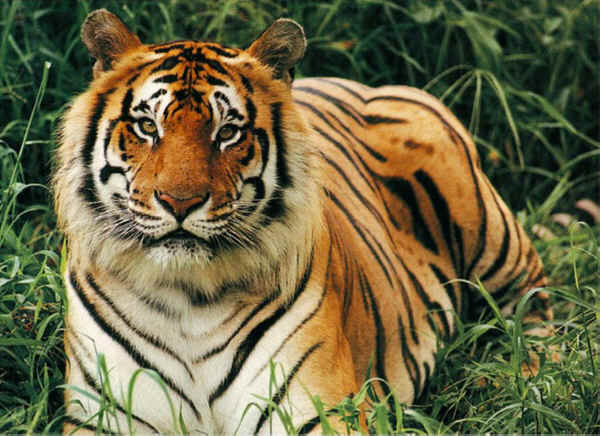 A wild tiger killed a 41-year-old woman who was collecting fodder for her cattle outside her home in south-eastern Nepal, police said Tuesday.
Police officer, Dilip Raj Jha, said the animal, suspected to have come from the nearby Parsa Wildlife Reserve, on Monday pounced on the woman’s from behind and killed her on the spot.
Jha said: “The two men who went to retrieve her body also came under attack from the tiger.
“They sustained minor injuries.”
Under Nepalese law, the victim’s family is entitled to one million rupees (9,680 dollars) in compensation for death caused by a wild animal.
Although, tiger attacks are rare in Nepal, human-wild animal conflicts are common, raising concerns about the safety of people living near wildlife reserves.
Nepal is home to 198 endangered wild tigers that live in protected areas in the country’s southern plains along the border with India.