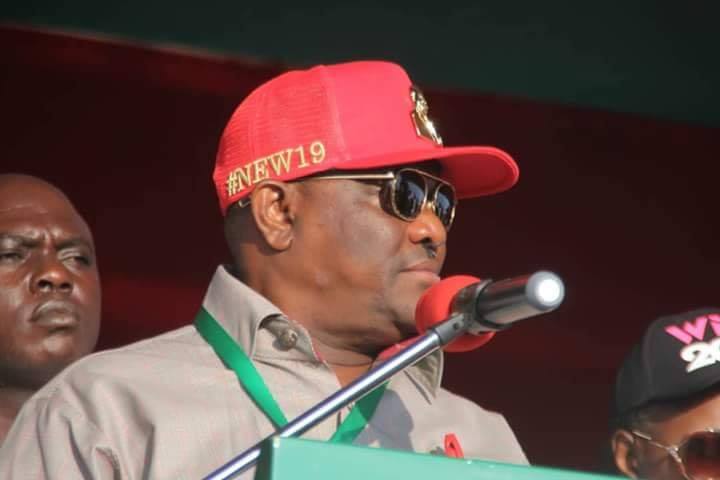 The Rivers State Governor, Nyeson Wike, has described the panel set up by the Peoples Democratic Party to resolve the Minority leadership crisis in the House of Representatives as the most corrupt in the history of the party .
Wike made this statement following withdrawal of a former Deputy Speaker of House of Representatives, Rt. Hon. Austin Opara, from the panel.
The panel was is chaired by former Senate President, Iyorcha Ayu.
Other members of the panel are former Senate Presidents, David Mark and Adolphus Wabara.
Speaking in Port Harcourt on Wednesday, Wike applauded Opara for withdrawing from the tainted committee by not allowing himself to be entangled in the illegal outcome of the committee’s activities.
He said: “The Committee set up by the PDP on the illegal emergence of Ndudi Elumelu is the most corrupt committee ever set up by the party.
“We thank our worthy son, Rt. Hon. Austin Opara, for withdrawing from that committee so that he is not entangled in the illegal activities of the tainted committee.”
Governor Wike warned the party not to toy with Rivers State as it is not in the interest of the party to do so.
He said: “We are warning PDP to be careful not to toy with Rivers State.
“Rivers State has all it takes to withstand the PDP and fight the party to a standstill.
“The Rivers State Governor is not one of those Governors that anyone can cajole.
“The Rivers State Governor is not one of those Governors that will kowtow to their illicit activities.”