The Governor of Rivers State, Nyesom Wike, has assured the people of Rivers State that he will remain committed to the development of the State and continue to deliver good governance to the people.

Wike gave the assurance during the commissioning of Phase 2 of Isiokpo Internal Roads by the Vice Presidential Candidate of the Peoples Democratic Party in the 2019 elections, Peter Obi, at Ikwerre LGA of Rivers State. 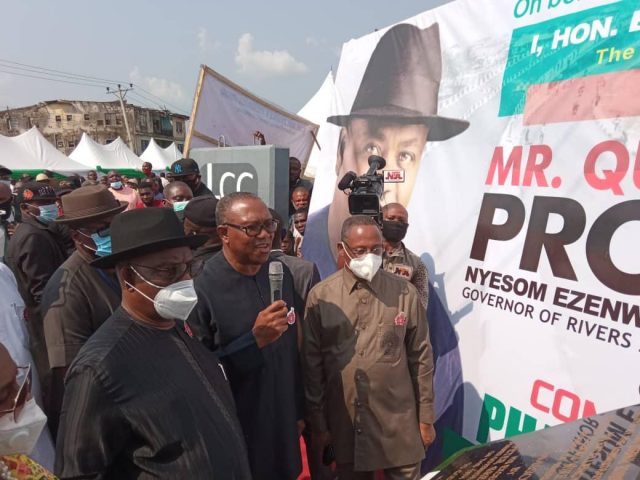 Wike explained that he will not slow down in serving the people of Rivers State.

He said: “Till I leave office, I will continue to do what I was elected to do, which is, delivering good governance to my people.

“I don’t believe slowing down during second tenure.

Welcoming Obi to the event on Thursday, Wike described him as a great leader who is not only financially prudent but also politically competent to lead.

He praised Obi for leaving behind so much money in savings for his predecessor.

He said: “That shows accountability in leadership.

“I don’t know if I will be able to leave behind the amount of money Obi left behind for his successor.”

In his speech, Obi appreciated Wike for the developmental projects and good governance he is delivering to the good people of Rivers State. 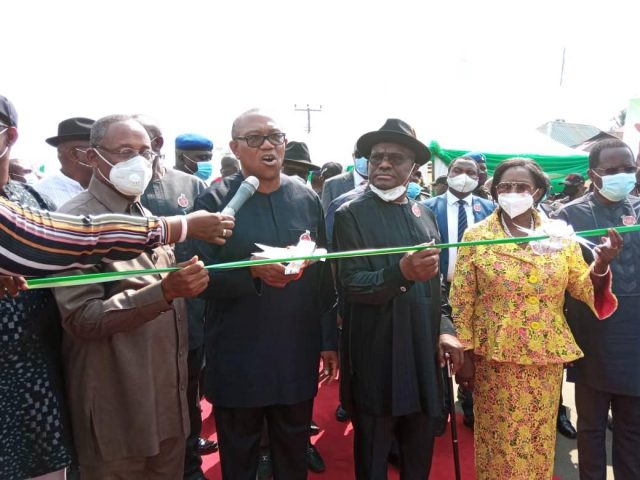 He praised Wike for opening up internal roads to different previously inaccessible areas of the State.

He said: “Our research on poverty has shown that most areas are poor due to unavailability of good and accessible roads.

“Thank you, Your Excellency, for providing good road network for the people of Rivers State, thereby reducing poverty.

Police speak on ‘hijack’ of school bus in Rivers

“What is even most striking about Wike’s infrastructural development is that he is able to achieve all these without borrowing funds.”

Obi re-echoed the need for people to be elected into positions of power based on competence.

“He explained that the nation has been retrogressing because of incompetence on the part of the leaders, while calling on Nigerians to shun all forms of sentiments in their leadership recruitment process.

The Phase 2 of the Isiokpo Internal Roads project accounts for 17.7km of road network, all of which are 7.3metres wide with 9.78km of drains.

Police speak on ‘hijack’ of school bus in Rivers

Wike to Media on face-off between Ortom, Mohammed: It’s not everything you must report

Piqué out with knee injury