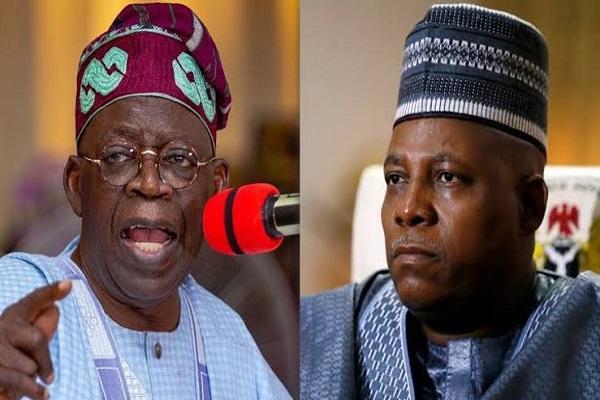 The Chairman of the chapter, Bola Babarinde, in a statement on Sunday in Lagos, said Tinubu and Shettima have the capacity to salvage the country from its current woes.

According to him, what the nation needs now are competent leaders that can make lives better for the people.

Babarinde said: “A political party chooses presidential joint ticket for its viability, and solely with the objective to win elections as its immediate priority, and it is after winning and occupying office that any electoral promises can be fulfilled and delivered.

“The pedigree and achievements of Tinubu and Shettima in administration, governance and politics are solid and incontrovertible.

“They both possess the political capital and administrative wherewithal to lead the most populous black nation to socioeconomic development.

“The focus and beam light towards the election by the public and especially electorate should be on performance capacity and not religion or other primordial sentiments that have held us back as nation from collectively rising above tribal and religious divides.”

According to him, it will be a marginalisation if Muslims and Christians believe they are the only organised religion in Nigeria and by so doing excluded adherents of native and traditional religion from aspiring to lead the country.

He said the adherent of traditional religion also has right to aspire and demand for representation in governance.

“If everyone is insisting it will become convoluted; if Muslim/Muslim ticket is not good for Nigeria, then any other combinations will always be contested as having excluded other faiths.

“Even a joint ticket of both Muslim and Christian candidate can even be contested by adherents of the native religions for exclusivity and devoid of inclusion and equal representation.

“Now that the flag bearer of the APC, Asiwaju Tinubu and the party have concluded their decision on those who will occupy Aso Rock in 2023, let us respect and support them.

“We should pray for their success at the coming polls and working together eventually for the smooth sail of the incoming administration after the current dispensation,” he said.

According to him, in South Africa, the demand and concern are issue based; and not what religion you belong but about competence.

He said that the chapter was ready to partake in ensuring the Tinubu/Shettima combination win the 2023 election.

Babarinde added that the chapter would also support and collaborate with the administration to attract Foreign Direct Investment (FDI).