Why we summoned Ibori – DSS DG 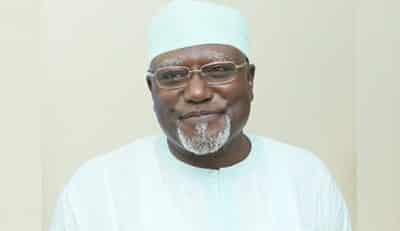 Former Governor of Delta State, Chief James Onanefe Ibori, was summoned to the headquarters of the Department of State Service in Abuja on Saturday, shortly after his arrival from London.
Ibori, who arrived Nnamdi Azikwe International Airport, Abuja in the morning, headed straight to the DSS office where he met with the Director General, Lawal Daura.
It was after the brief meeting that the former governor left for his hometown, Oghara in Delta State.
The DG confirmed that he met with Ibori, but would not disclose details of their discussion.
Daura said: “He met me for a short debriefing session and way forward.
“Also, to welcome him back to his fatherland.
“We are also meeting soon to discuss issues of interest affecting the Nation.”
Recall that Ibori was released from a United Kingdom prison in December 2016 after serving half of his 13-year sentence for money laundering.
He was then deported on Saturday.