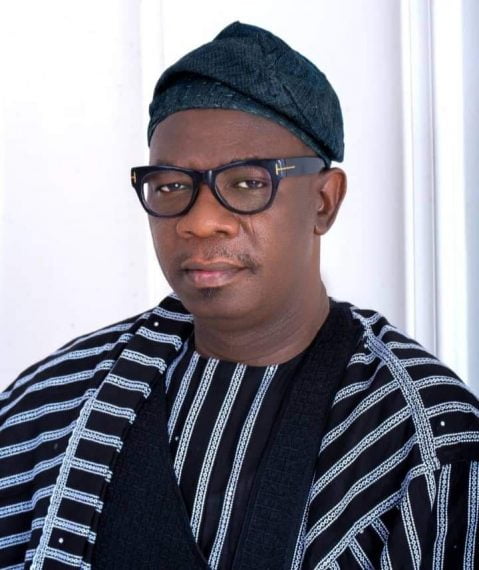 Share
Facebook Twitter LinkedIn Pinterest Email
Leaders of Peoples Democratic Party and All Progressives Congress have dumped their parties for the Zenith Labour Party ahead of the October 10 governorship election in Ondo State.
While the immediate Chief of Staff to the Ondo State Government, Dr. Kola Ademujimi, led the PDP defectors, Chief Bepie Akintunde led those of the APC into the ZLP at a meeting of ZLP in Idanre Local Government Area of the State.
Speaking on the defection, Ademujimi said the ranks of PDP was being depleted on daily basis since the primary election that brought in Eyitayo Jegede (SAN) as candidate of the party.
Ademujimi regretted that the Deputy Governor, Hon. Agboola Ajayi, was made to leave the party because of the hostility displayed to him by members of the party in the state.
According to Ademujimi, who is the Director General, Agboola/Gboye Campaign Organization, said he left the PDP in order to help realise the ambition of Ajayi as governor of the state
His words: “People are defecting from APC, PDP and others ever since the deputy governor picked the governorship ticket of ZLP.
“Agboola Ajayi is out to win this election. Ajayi’s coming to join PDP was an advantage to PDP but they lost the opportunity. They attacked some of our members because of the Deputy Governor.”
Similarly, Jimi Akintade, who led over 100 members of PDP to ZLP in Idanre, said they decided to dump the party because those they met in PDP were hostile to them.
Akintade said: “We went to APC with former President of the Senate, Bukola Saraki, but we left and joined the Deputy Governor, Agboola Ajayi, when he defected to PDP.
The former Senior Special Assistant (Direct Labour Agency) in the Governor Olusegun Mimiko-led administration, said: “We were treated like unwanted guests in PDP, that is why we defected to ZLP.
“ZLP is very accommodating.”
Speaking on the chances of Ajayi and his running mate, Engr. Gboye Adegbenro, at the poll, Akintade declared that whoever would win the election in the state would be determined by Idanre Local Government Area.
He noted that whichever party emerged victorious in Idanre Local Government Area would win the election.
Akintade said: “Only two people are contesting. Akeredolu who is running a government for his family by his family, is contesting with Agboola Ajayi.
“It is not yet time for the central, so Jegede is not contesting. The way PDP is treating people from Idanre, PDP cannot win any election here.
“We chose Agboola because whenever he held the fort as acting governor, he paid staff salaries on 24th, 25th day of the month.
“He knows to how to help the downtrodden. He can do better than Akeredolu.”
Chief Bepie Akintunde, who led the APC defectors, said: “We left APC because since we had been there,  we did not gain anything from them. So we have to defect to ZLP. And ZLP will win the election.”
Receiving the defectors, the leader of ZLP in the Local Government, Dr. Ayewamide Olaiya, declared that Ajayi, who is the standard bearer of the party, would emerge victorious at the October 10, 2020 gubernatorial election in the state.
He enjoined all members to go home and enlighten the people of the local government to vote for ZLP candidate in the election.
Olaiya said: “We have been working with them(defectors), we will deliver Idanre to ZLP. I still received over 50 from PDP today and over 100 from APC yesterday.”
Adegbenro appreciated the people, and promised that he and Ajayi would not disappoint the people.
He assured that all the people-oriented programmes executed by the former Governor Olisegun Mimiko-led administration would be resuscitated and new ones added.
Adegbenro lamented that programmes such as free baby delivery, lighting the streets in Akure have been jettisoned by Governor Akeredolu-led administration.
He assured the people that the ZLP government would review downward school tuition that’s currently not affordable.
He, said “I am convinced that Idanre is secured. I will never disappoint you.”
apc Chief Bepie Akintunde Deputy Governor Hon. Agboola Ajayi Dr. Kola Ademujimi Governorship election PDP ZLP
Share. Facebook Twitter Pinterest LinkedIn Tumblr Email