Why we insist our pupils must elect their class captains, school prefects – M.D School

It was fun last week Thursday as M.D Nursery and Primary School, New Oko Oba, Lagos conducted elections to elect class captains and other school perfects.
The Head of School, Olushola Akaiso, stated that the era where teachers just pick pupils to be in charge of a particular position has become outdated since the pupils needed to be involved in the process of selecting their leaders.
Akaiso said this will enable them hone their skills of public speaking, confidence and also teach them the ability to compete.
Akaiso revealed that the tradition of the pupils selecting their leaders themselves is an old one that started since the inception of the school and there are processes that must be rigorously followed before one can be allowed to stand for election.
She said: “There is a nomination form, which they collect with the consent of the parent.
“They fill and submit it with their manifestoes.
“They do their campaigns.
“Some do fliers and banners and they move around the classes and assembly grounds canvassing for votes and support from their colleagues and there was a primary election and one must meet the academic requirement of at least 70 per cent to participate.”
Akaiso also disclosed that teachers try as much as possible not to be partisan in the “political process”.
A parent, who pleaded anonymity, confirmed that even when the pupils campaign banners fall off, the teachers do not try to pick them up so as not to be seen as “being a fan to a particular candidate”.
The parent said although, the pupils are allowed to campaign, they are not allowed to do so with any form of inducements like storybook and chocolates.
Those elected top run the school during Thursday’s election were:
Head Boy: Afolabi Busari
Assistant: Adejayan George 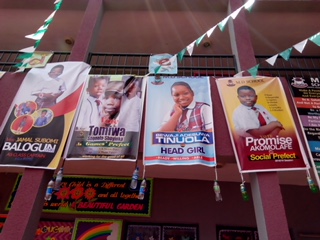 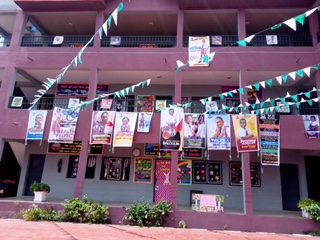 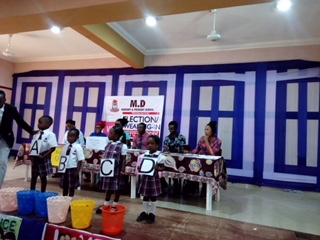 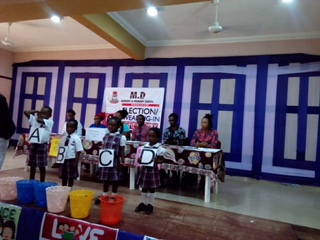