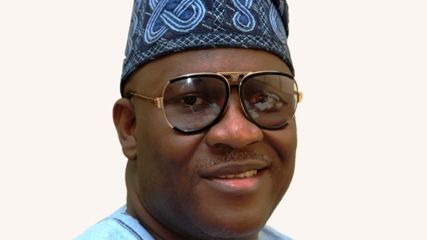 The Lagos State House of Assembly on Tuesday defended why it was sponsoring a Pension Bill for Speakers and Deputy Speakers currently on the floor of the House.
Tunde Braimoh, the Chairman of the House Committee on Information, Strategy and Security, made the clarifications against the backdrop of outrages from some quarters against it.
It was at a workshop for the media and public affairs team of the Assembly.
According to Braimoh, the bill is meant to take care of the leaders of the House after they must have left office just like the other arms, the Executive and the Judiciary.
The lawmaker said the offices concerned should be protected as no one would pray for the governor of a state to be touting for comfort after leaving office.
Braimoh said: “The law is already in existence, but it only caters for governors and deputy governors.
“We felt that the leaders of the House should also enjoy such benefits so that they will not suffer after leaving office.
“The legislature is the watchdog of the executive, so its leadership should have a secured future so that it will not compromise its position in governance.”
The lawmaker said that legislators would want to compromise with the executive if they had no comfortable future financially, stressing that if such happened, the people would suffer.
According to him, people will still be called upon to contribute to the law through public hearings as they did for other bills before they were passed into law.
He, however, said that the pension for the office of speakers and their deputies would depend on the number of years each of them served in the office.
Braimoh said that he had granted several interviews on the matter in the last few days, adding that the law would not be passed through the back door.
The bill is titled: “A Bill for a Law to Amend the Payment of Pensions and Other Fringe Benefits to Public Office Holders in Lagos State and For Connected Purposes.”
It is stated in the amendment that the principal law is amended by deleting the meaning of “Public Office Holder” and replacing it with “Public Office Holder” to mean Governor, Deputy Governor, Speaker and Deputy Speaker of the Lagos State House of Assembly.