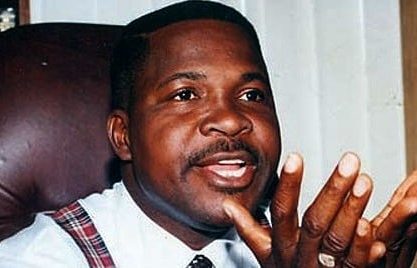 A lawyer, Mike Ozekhome (SAN), says a new constitution and renegotiation of Nigeria’s existence by a referendum are what is necessary if the country must progress.

Ozekhome made the assertion on Thursday at the Ladi Adebutu Good Governance Symposium in Abeokuta, Ogun State.

He submitted that Nigeria currently operates under a “suffocative system” due to the 1999 constitution, which he branded a “false document from the pit of hell.”

The News Agency of Nigeria reports that the symposium, which was themed: “Local Government Autonomy: A Panacea for National Development,” was organised in honour of a former governorship aspirant, Hon. Oladipupo Adebutu.

Ozekhome declared that Nigeria, as a nation, could be divided if nothing was done to change the current situation of things.

“That is where a constituent of people’s assembly comes up.

“The National Assembly members are afraid; they want to amend.

“Can you amend a bad document?

“Even if you give it one million amendments, it cannot solve our problems.

“Rather, let them (National Assembly) use section 4 of the constitution, which says: ‘The National Assembly shall have powers to make laws for the peace, order and good government in Nigeria and any part thereof.’

“Do you have peace, order and good government in Nigeria today?

“So, they can therefore make a law using section 4, promulgating constituents of the people.

“That same law provides a referendum.

“The National Assembly is saying it cannot give a new constitution.

“It can facilitate and midwife under section 4.

“The process that gives people a new constitution is subject to a referendum.

“That’s my position and that is what will make Nigeria work.”

Speaking on the theme of the symposium, Ozekhome blamed governors for the underdevelopment at the grassroots.

In his remarks, a renowned political scientist and media scholar, Prof. Ayo Olukotun, blamed lack of the autonomy of councils on what he called “feeding bottle governance and distributive democracy”.

He asked proponents of local government autonomy to be committed and resilient, saying it would take a long-time battle to achieve the goal.

The former House of Representatives member added that Nigerians must collectively tackle misgovernance at the grassroots if the country must get it right.