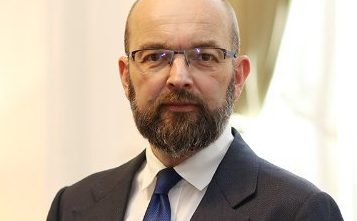 He said the ongoing security problems in Nigeria are “massively complex and no partnership is going to resolve such multiplicity of problems”.

The Envoy, who disclosed this while answering questions from newsmen in Jos, Plateau State, also said Nigeria’s security problems are not just about intelligence and security and military structure, but linked to issues such as society, humanitarian support and education.

According to Duddridge: “Rather than local and indigenous options, why partnerships will not work in resolving the problems, the issues of society, humanitarian support and education must be reorganised and factored into policy and programming of counter terrorism.”

It will be recalled that the Advent of British ‘sphere of influence in Africa for trade interests and territorial rights identified five uniquely different “societies” that eventually became” Nigeria” under British colonialism.

According to the British Minister for Africa, some non-negotiable values such as autonomy, ethnography, demography, economy and religion are critical in determining a new, peaceful and harmonious Nigeria, noting that the earlier amalgamation of Nigeria along mutually exclusive treaties had their shortcomings and time bombs, and that could be the bane of local partnerships to counter insecurity.

It will be recalled that during a virtual meeting with President Muhammadu Buhari on April 22, 2021, the US Secretary of State, Anthony Blinke, described the security problems of Nigeria as “extraordinary”.