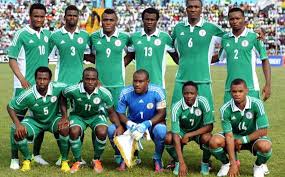 Strong indications have emerged that Sunshine Stars defender, Kunle Odunlami, and his Israel-based counterpart, Juwon Oshaniwa, are good to make the Super Eagles 23-man World Cup list.
Competent camp sources hinted that both players may not get the boots as widely projected by the international and local media.
The players, according to the source, are vital to the African champions campaign at the World Cup as they serve as back ups in their various positions on the pitch.
The source said: “Though the coaches have the final say on whom they want to take to the World Cup, but Juwon (Oshaniwa) and Kunle Odunlami have a big chance of scaling the hurdle to Brazil.
“Being the only back ups for Efe Ambrose and Elderson Echiejile in the wing back, puts them at an advantageous position for the World Cup.
“Though, Odunlami didn’t do quite well against Scotland but that doesn’t mean he won’t be relevant at the World Cup. Don’t forget, that was his first outing at the big stage and there are tendencies of being nervous.”
Meanwhile, a list of 23 players and one standby player will be reeled out on Monday from the Super Eagles camp in Philadelphia, USA.
The standby player will return home and can only replace any of the on the main list in case of injury.
It will be recalled that Tijani Babangida was on standby when the Eagles went to USA ’94 World Cup.
It was Osaze Odemwingie at Korea/Japan 2002, while Brown Ideye was on standby when the Mundial was hosted in South Africa in 2010.