Why I’m against Oduduwa Republic as a Yoruba man (5), by Sunday Adelaja 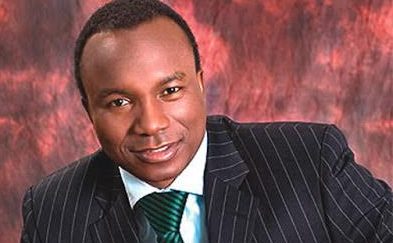 The Tribe destroying Nigeria
“I look forward to the day, not in the far distant future when an Ijaw would be President of our Republic, and a Birom his Vice or vice versa.” — Chief Obafemi Awolowo.

An average Yoruba man is very convinced that Fulanis and Hausas are the source of all the problems in Nigeria. It is same situation with an average Igbo man. They believe this because they wrongfully think Hausas have been the ones leading Nigeria since Independence. Some of these agitators even go as far as saying they are slaves in their own land, meaning the Hausa Fulanis have turned the Yorubas into an enslaved species in their own land. What a blatant lie, the deception of this phrase is less grievous as the maliciousness. How can anybody in their right mind say Yorubas of all tribes in Nigeria are a slave? It is not funny anymore, when people go all the way to make such statements without being reprimanded. The reason such people must be reprimanded is because if you study the history of Rwanda genocide, you’ll find out that similar lies are what led to the massacre in that country. For any sincere observer of Nigeria, it’s obvious to see that Yorubas are one of the most privileged tribes in Nigeria if not the most privileged. Yorubas are also some of the most dominant ruling elites in the history of Nigeria. After the civil war in particular the Yoruba sons and daughters have held sway in the politico economic affairs of Nigeria. Lagos which is the commercial capital of Nigeria and by far the richest state in Nigeria was to a large extent built by the combined resources of the whole of Nigeria. For those saying that Yorubas create Nigeria’s wealth and the rest of the nation squander it, they are not only insincere I have a feeling that they might be suffering from some sort of mental delusion. The reality is all states in Yoruba land go to Abuja for monthly allowances and allocation. If we say it’s our wealth, what should Niger Delta region be saying then? It’s no secret that most of the oil money we as a nation live on come from oil. The second highest source of money into our economy comes from the North through agriculture. As a matter of fact in the last 10 years or so agriculture is now the number one contributor to Nigerian economy, as high as 21 per cent of our GDP. It’s no secret where our agricultural backbone is, of course in the North.

When it comes to political domination, it’s also unfair to say the North has ruled us since independence. As a matter of fact the biggest tribe in the north have never had a chance to rule nigeria, not even once. But wait a minute, are Hausas not the ones ruling Nigeria? No, not once!!! How many Hausas have been the President of Nigeria since 1960? Do facts and record actually support the notion that Hausas are the ones destroying Nigeria? Let’s go down the history lane of Nigeria.

Nigeria consists of more than 371 tribes, speaking over 525 languages. Of these tribes, 3 are the largest and the dominant ones; Hausa, Igbo, Yoruba being the biggest single tribe in Nigeria. Ironically enough it is usually one of these three dominant ethnic groups that accuses others of dominating Nigeria, while the minorities of over 300 tribes keep quiet. Significantly in recent years, Yorubas and Igbos have accused the Hausas and Fulanis of bringing Nigeria to her knees and have advocated secession continuously.

Of all these 371 ethnic groups, let’s examine which tribes of the 371 have ruled Nigeria before. Please bear in mind that the fact that someone comes from a certain state does not automatically mean he is of a majority tribe there. So for example if you come from Plateau State, you don’t have to be an Hausa or Fulani, because there are so many other nationalities in that one state who are not Hausa or Fulani. Same is true of Kano, Borno, Niger, Kaduna and other states. Also bear in mind that the fact that a name is Muslim doesn’t make the bearer an Hausa or Fulani person. Unfortunately, most people the southern part of Nigeria often make this mistake of assuming all from the north are either Hausa or Fulani, big mistake. It is this mistake that is fueling the lies coming from the Yorubas that say the Hausa people have ruled Nigeria all along. The facts on ground however shows us that Hausas never ruled Nigeria before. Please let’s carefully examine the history of all Nigerian rulers till now below:

According to these statistics, we can see that there is no need for the kind of speculation and hatred that is being circulated in my part of the country. As a matter of fact, most people in the western part of Nigeria still believe that the problem of Nigeria is the Hausas. Meanwhile, the statistics above show that no Hausa has ever ruled Nigeria.

According to the information above, if anyone is supposed to complain, the complaints should come from the over 500 tribes that have never gotten a chance to rule the country. What I am trying to say ladies and gentlemen is that when we rely more on rumours, gain sayings, folktales, we risk the danger of destroying the beauty and harmony of diversity.

“Celebrate diversity, practice acceptance and may we all choose peaceful options to conflict.” ― Donzella Michele Malone.

Apart from this argument, are Hausas the ones ruling in all the 774 local governments in Nigeria? Are your governors from the Hausa or Fulani tribe? Are all you Senators and House of Representative members from the Hausa Fulani tribe as well? Are the Hausas the ones stealing our collective money and allocations given to each state? Are Hausas the ones refusing to build our roads, schools and hospitals even though the Federal Government has awarded the contracts to our own people? Are the Hausas the ones robbing people in Yoruba land and grabbing lands? Are they our kings and Obas?
What a huge tragedy it is when people don’t think. It is this absence of logical and analytical thinking that caused the genocide in Rwanda, because the masses only follow what their so called leaders and elites told them. If we are not careful these lies and exaggerations could lead to another war in Nigeria. At the rate at which our gullible people are believing the lies from IPOB and Oduduwa agitators, I’m afraid we are preparing the ground for another Rwanda type of genocide in Nigeria.

While we are busy blaming other tribes for our woes, our so called leaders who are behind these misinformation are laughing to the banks. They are happy that our attention is not focused on them and their misdeeds. With our attention wrongly placed, they can embezzle our funds and treat us as they wish, yet no one calls them to account.
Rather than call our politicians to account, we are busy attacking and blaming the Hausas and Fulanis for our woes.

Personally, I know a local government councilor who bought five houses within two years as a local government councilor, imagine what state or federal officials take home from the national purse. The houses this councilor bought are in same community where he was serving as councilor yet, his people could not see the criminality in that. They did not even seem to care that a councilor was robbing them dirty. Our people are busy believing the lies, putting all the blame on Hausas and Fulanis as the source of all their woes. Their own very official was busy depleting everything but they could not see it, since their attention has been diverted, all they want now is to shame the foreigner. They have forgotten the Yoruba adage that says if death does not emanate from the home, it can’t kill, that is it’s impossible for threats from outside to kill. Only the threat from home can kill.

Hausas are not some of the notorious leaders in Yoruba land who are always fighting amongst themselves. Hausas Fulani are not a part of the Yoruba kings that are always taking bribes to the detriment of Yorubas. Hausas are not the people stealing the money that is meant for projects in the Southwest. Hausas Fulanis are not the fake pastors and religious cabals selling deceit and making merchandise of the gospel to our people. Hausas are not the ones littering our streets and blocking our drainages. In all of these, Yorubas are the ones who are implicated. We are responsible for our own predicaments. It is an act of irresponsibility to keep blaming others for our evils.

What tribe is it then that is destroying Nigeria, it’s all of us especially the three biggest once, worse still it is those tribes that specialize in complaints and blame games, they are the tribes destroying our blessed Nigeria. Yoruba Ronu….