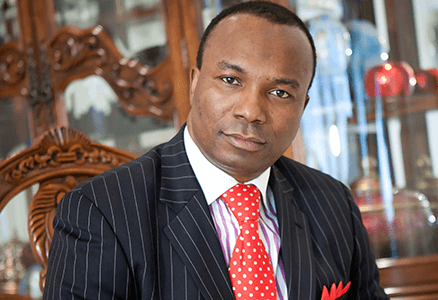 “After rain comes sunshine; After darkness comes the glorious dawn. There is no sorrow without its alloy of joy; there is no joy without its admixture of sorrow. Behind the ugly terrible mask of misfortune lies the beautiful soothing countenance of prosperity.” — Chief Obafemi Awolowo.

It is not by accident that I start this article with a quotation from our sage Chief Obafemi Awolowo. We Yoruba nation are fortunate to have a reference point in his person. Since a majority of Yoruba people honour and respect him, I’ll be falling back to his wise words at various stages of this write-up.

From his words above, it’s obvious that even he agrees that the journey to a great life or nation lies through the path of pain, sorrow, and even darkness before we could hope to enjoy the bliss of prosperity and the good life. My point is that the pain we as a nation are going through today is a temporary thing. If we persevere we shall overcome the kidnappings, the rapes, and even the challenges of Fulani herdsmen.

The agitations we see all over Nigeria today, especially among the Yoruba people is a result of the pain, sorrow and disappointments of today’s Nigeria. However, if we reflect on the words of our sage Chief Obafemi Awolowo, then we should be able to encourage ourselves to be patient and even persevere a little more for a better future. I personally have faith in the plans and purposes of God for the nation of Nigeria.

I have had many honours in my lifetime, however, I reckon that one of the greatest honours of my life is being a Nigerian. A little above five decades ago, I was born in the quiet village of Idomila, Ijebu-Ode, Ogun State, Nigeria. My father and mother are both from the Yoruba extraction. I had a major part of my early years within my tribe and among my people. As a matter of fact, I never once travelled outside of the Yoruba nation till I left the country. I love being a Yoruba man. I am proud of being a Yoruba man. Often, I refer to my friends and family as “omo-ile” (a term of endearment used for people from within same town or community). I am not an “omo-ale” (a bastard), I am an Omo-ile.
Nevertheless, recent happenings in Nigeria have brought about a necessity for me to speak the truth to my people. What I am about to write will make some people hate me, whereas, some other people might respect my position. Indeed, it is almost impossible to speak truth at this time and age without offending anyone.

I have seen and heard the agitations of my Yoruba people calling for secession from the Federal Republic of Nigeria. My people and “omo-iles” want to form a different country which they term “Oduduwa Republic”. In the past months, many people have asked me what my response is to the agitation for “Oduduwa Republic”. For such people, here is my response and my position on the matter. This is going to be an elaborate article of 20 parts, I’ll be publishing them daily for the next 20 days. Hope you have the patience to read them all.

If you have been a follower of Pastor Sunday (DSA) or a reader of my articles, you would have known that I am not someone to shy away from difficult issues. Though, doing this often mean that I get insults and abuses thrown my way. Some would rather want me to just preach and be silent on issues. Well, I am convinced that Jesus, who is my Lord and example would not be silent on any matter that concerns the lives of people.

Now, here is one thing that I want you to realise: the agitation for both IPOB and Oduduwa Republic have the same source. Both agitations are borne from the disillusionment, disenchantment and many years of political and socio-economic letdowns that Nigerians have suffered.

For me, my belief is that when people are frustrated, they lose foresight. When people have become disillusioned, they lose vision, forethought and farsightedness. Years of disappointment can make anyone want to trade the future for immediate gratification. When people have gone through what Nigerians have experienced in the last few decades, it is to be expected that many people will no longer see a future. People will no longer believe in a future. The assurance of a promised land would seem like scam and a rip-off. It is not that the future is no longer there, it is just that people are losing the capacity to see it.

It is understandable that many Nigerians just want everything to break down now because they are angry. People no longer believe in Nigeria’s co-existence because of disillusionment. Again, the fact that we are no longer seeing the future does not mean there is no future, it only means that we have lost the foresight to appreciate it.

Think of it this way, if you come out of your house on a cold harmattan morning with heavy fog. You may not be able to see even your own car that is parked right in front of your house. The fact that you do not see that car does not mean it has been stolen or that there was no car there. It only means that there is a temporary fog which has blurred your vision. A wise man would not make hasty conclusions or decisions just because of the fog. Rather, a wise man would allow the fog to clear, so that he may see what he wants to see clearly.

There was a future that Nigeria had both before and after the Independence. There was a compelling vision that made our nationalists and heroes come together to agree to the formation of one Nigeria. There was a reason that our fathers and parents danced as the Nigerian flag was hoisted at independence. It was because of a future that they saw. If that vision of a great future was not real or evident to them, they would not have agreed to come together as a nation. Many of them would not have paid the ultimate price of laying down their lives to secure our independence. The vision of the future was so strong in their hearts that many people laid down their lives that their children may enjoy it.

Decades down the line, that vision has become very blurry. Some people are even beginning to wonder if such a great future ever existed in the first place. Such people think that perhaps our fathers and heroes past just wasted their lives for nothing. Unfortunately, we have the enthusiasts who are ready to present their so-called arguments as to why Nigeria was never a legal structure in the first place. They tell stories of how the various tribes never agreed to dwell together, meanwhile, our forefathers fought for independence together, went to national conferences both in Nigeria and in England demanding for the independence of their beloved nation. Others tell us that Nigeria’s legitimacy had expired after a 100 years of amalgamation, which was supposed to be a commercial agreement, these people refuse to tell their disciples that most nations had similar contractual agreements during their years of colonization including countries like, USA, Canada, Australia, Congo, South Africa etc.

The truth is that the current agitations in the land are results of the depression, anger and pain that has blinded our eyes to see the future. It is not that the nation of Nigeria is illegitimate,  if the economic and financial well being of Nigerians had been like that of Europeans no one will remember the conditions of commercial amalgamation anywhere.
If you are familiar with the Bible, you will know the story of the children of Israel coming out of slavery into the promised land. Before they left Egypt, they had heard wonderful stories of the promised land; a land flowing with milk and honey. The picture was very clear in their minds. They thought that in no time, they would get to the land where they would be feasting all day long.

Well, that picture got snapped away from their minds the moment they got into the wilderness. They all began to grumble and complain. They thought that Moses and their leaders had deceived them. At that point, they even wanted to appoint leaders for themselves to lead them back into Egypt, that is, back into slavery. Hunger, pain, thirst, sufferings can make you misbehave if care is not taken. The fog became so strong that their eyes could no longer see the promised land. Our situation in Nigeria presently is very similar to that of the children of Israel.

The first essential reason why I am against the formation of the Oduduwa nation though a Yoruba man myself is because despite the fog, I can still see the hope of the future for Nigeria. I am not denying that there are pains, agonies and discomforts in the land. I am saying that in spite of that, there is a hope and a future.

“‘A society grows great when old men plant trees whose shade they know they shall never sit in.” – Greek Proverb.

Sometimes that tree is the tree of hope. That tree is determining to keep seeing what is ahead, instead of agreeing to dismantle everything because of today’s situation.
When a tree is planted, it takes time for it to fully mature and bears fruits. Sometimes, a tree may not even bear fruit in an entire generation, because its season has not come. Eventually, its season would come and it would start bearing fruit. We must be patient not to uproot a tree just because it is not yet bearing fruit when it is not yet in season.

For example, the United States of America is a leading democracy in the world today. America got its democracy on 4th July 1776. It has taken America nearly two hundred and fifty years for her democracy to mature. Despite the fact that America has been practising democracy for nearly two hundred and fifty years, there are still many issues that Americans are contending with. They are still growing and nurturing their country in hope that the collective future which their forefathers saw would one day be an experience for their own children. The world got a glimpse of some of the ills with American democracy in their recent elections and the riot in Capitol Hill.
In Nigeria, our democracy is just sixty years old. Though our democracy is not yet blooming, but it is growing. The harvest season will come someday.