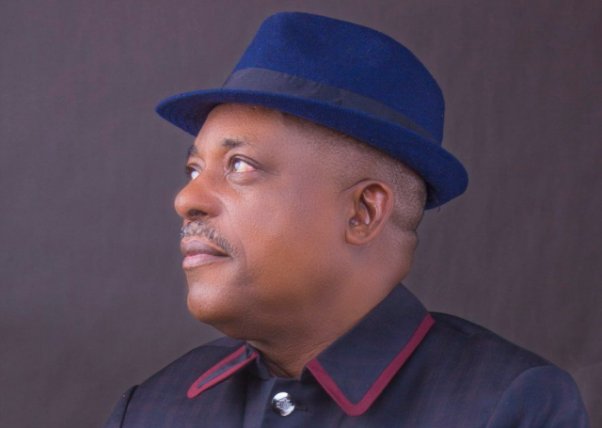 The suspended National Chairman of the Peoples Democratic Party, has justified his decision to challenge the ruling of the Court of Appeal allowing the National Convention of the party to go ahead despite his pending suit.

Secondus spoke shortly after the Court of Appeal gave the nod to the party to go ahead with the convention today.

After the ruling on Friday, the embattled National Chairman in a statement by his media aide, Ike Abonyi, said he would challenge the ruling.

He said: “I have just been briefed of the ruling of the Court of Appeal, Port Harcourt dismissing my motion to halt the National Convention of the party. I respect the position of the court even though I disagree totally with it.

“Even as the substantive case is still  pending at the Court of Appeal I have instructed my lawyers to study the ruling with a view to appealing it immediately as no abuse of the constitution of our dear party should be allowed to stand.

“The issue is not about Prince Uche Secondus but about the sanctity of our party constitution and core democratic principles of justice and rule of law not only in PDP but in our democracy. No impunity must be condoned.

“This was why I resisted and rejected entreaties of those who wanted me to go to court  to halt these forces when it was obvious that they were determined to disrupt my leadership and truncate my tenure in office with the sole objective of hijacking the party for their selfish ulterior motives.

“To allow this travesty to stand is to reduce our beloved party to a level where anybody can wake up over night and remove officers against the proscribed  constitutional process and the National Chairman for that matter. And purporting to use the judiciary through an exparte order to legitimize same.

“As a major practitioner in our democracy, I am duty bound to protect and defend the sanctity of the provisions of our constitution of which am the custodian.

“I wish to therefore at this juncture thank and appreciate leaders and other stakeholders of our party who have called in to express their concerns on this matter and appeal for the understanding of all.

“If those who orchestrated and fostered this avoidable crisis had listened to wise counsel of party leaders and elders who advised the withdrawal of  cases, this situation would have been avoidable. I wish the party well as always.”

Secondus’s lawyer, Tayo Oyetibo, had also in an interview with newsmen said the court agreed that the application was not an abuse of court process contrary  to the view of others.

Oyetibo stated that the court took the view that because of all the arrangements that the party had made and also the expenses that they had incurred the injunction will not be accepted so the court has directed that the PDP should continue it’s national Convention.

“But the instruction is that the appeal continues.

“Depending on the out come of the appeal, if we succeed it will have an impact on whatever decision that is taken by the National Convention because we still have an appeal pending in this court.”

The Court of Appeal in Port Harcourt had on Friday dismissed the suit by Secondus aimed at stopping the party’s convention.

The Court also ordered the PDP to go ahead with the party’s National Convention scheduled to hold in Abuja for Saturday and Sunday.

The panel of three judges led by Justice Haruna Tsammani gave the order in a judgment.

The court held that the application lacked merit.

The News Agency of Nigeria reports that that  Secondus filed a suit marked:CA/PH/339/2021 seeking, among others, to restrain the PDP from conducting its national convention.

The court held that the application was an afterthought and abuse of court processes, adding that after due consideration of the facts and circumstances of the case, it was “neither just nor convenient to agree to the appellant’s application”.

The panel of three judges led by Justice Haruna Tsammani found no merit in Secondus’ appeal, saying he voluntarily relinquished his office since he did not challenge his removal at ward and local government levels.

Justice Gabriel Kolawole, who read the judgment on behalf of the panel members, ruled that Secondus’ application was a distraction against the PDP in holding its convention.

Kolawole upheld the judgment of the lower court, reiterating that Secondus failed to join the acting national chairman nominated by the party to oversee the convention in the suit.

He held: “And, he (Secondus) cannot claim to fight for personal right to clinch back his position after the party that gave him the power has already given it out to another.

“Having regards to this development, to accede to the appellant application will cause greater problems and confusion to the 6th respondent (PDP), especially as it relates with all plans and arrangements for its National Convention.”