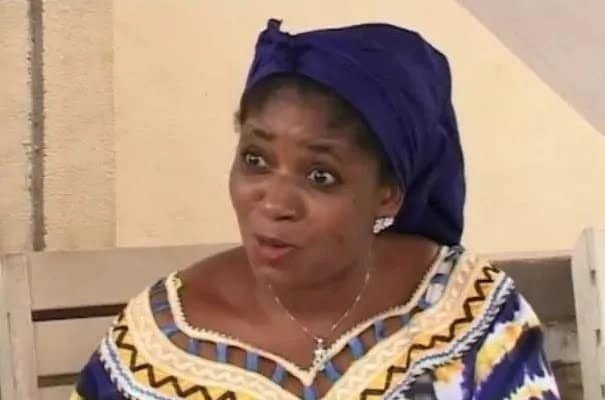 A United States of America-based woman has taken to social media to address people who had reservations concerning the fact that she publicised the renovation of the graveside of late Yoruba and Nollywood actress, Funmi Martins.

In an Instagram video, the woman, whose name is Ashabi Olorisha, claimed that she was a friend of Martins.

She noted that she and other people who were close to the late actress were dragged over the state of the late actress’s grave when it was visited for her 19th year remembrance months ago.

The woman revealed that she was moved to tears over the deplorable state of her friend’s grave and she went back to the United States shortly after.

Ashabi further disclosed that the late actress’s son, Damilare, was in tears at the graveside and she sent money home to have it fixed.

She further addressed people who thought it wasn’t necessary and revealed that she could not wait for Mide Martins who only had plans to renovate the grave on her mother’s 20th anniversary in 2022.

She said: “I think I need to bring people on board a little because it’s going to bring a very quick….

“I put up a video today about the renovation of the grave of the late actress, Funmi Martins.

“There are some people saying rubbish.

“I have never been aggressive or rude on social media in my life and I don’t want any on to push me to the wall.

“I just want you to help me share the video.

“When I post something on social media, please don’t contest it.

“I am not a rude person.

“I am very humble and people that know me know that I am a humble person.

“And I give people long rope.

“But I would not want anybody to talk rubbish on anything I post.

“When I went to Nigeria, we celebrated Martins 19th years remembrance and I posted it on social media.

“A lot of people were complaining because of the way her grave was.

“When I got there that day, I was moved to tears because of the way I met the grave.

“But just because I had already shot my movie and it was just remaining three days for me to come back to the United States of America….

“Everybody knows that for you to come back to Nigeria, you will spend all you have and even borrow money if you are not careful.

“So, I couldn’t do anything but it was so painful for me to see her final home like that because I know that one day, I too will go to where Funmi Martins is.

“I came back to the United States of America and I worked so hard.

“The first week I worked, I sent the money home.

“I couldn’t stand it, it is an eyesore for me.

“I saw what everyone was saying about how the state of her gravesite was.

“The poor boy (Damilare) was crying.

“When we posted the scattered gravesite on social media, all of you were talking.

“So when the grave was renovated and repaired, we should not let you know.

“Or you want us to wait for Mide Martins that wants to do party next year when her mummy turns 20 years in the grave?

“Am I going to wait for next year to do that?

“Do I know if I will still be here?

“If you got a chance to know Funmi Martins, you will go extra miles to do anything.

“We got to update the public.

“Damilare Isaac Akanbi Peters is for everybody.

“If you are not part of his life, that’s you.

“If you love Funmi Martins, you will love everything that needs to do with her, most especially that boy, Damilare, because he doesn’t have any motherly love at all.

“He only suckled his mother’s breast for 41 days.”