Why I joined kidnapping, made N31m this year — 40-year-old suspect 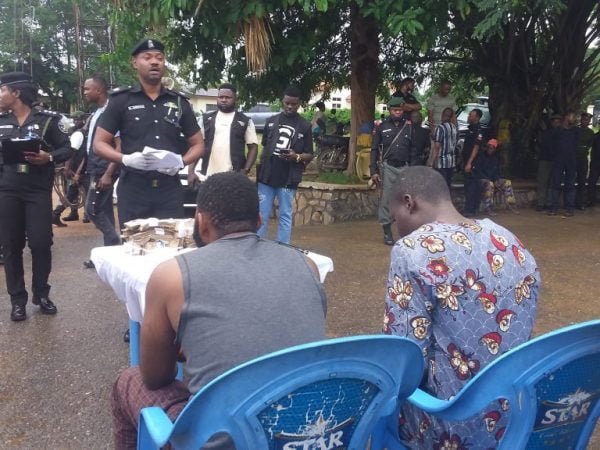 A 40-year-old suspected kidnapper has said that peer influence and covetousness led him into kidnapping business.

The suspect stated this while being paraded at the Oyo State Police Command headquarters in Ibadan on Tuesday.

The News Agency of Nigeria reports that the suspect was paraded alongside 22 others for alleged offences ranging from kidnapping, murder, robbery and defilement.

The suspect told NAN in an interview that he ventured into kidnapping this year and that he had carried out five successful operations.

He further said that he had made a total sum of N31 million from the kidnapping operations.

He said: “We don’t engage in gathering any information on our victims.

“We just go out and kidnap anyone we find using expensive car and suspected to have money.

“I was arrested by the police in a hotel after a kidnap operation.

“I really regret my action and I advice anyone doing evil to stop because there is no benefit in it.

“Peer influence and covetousness led me into kidnapping.”

NAN reports that the police also paraded a 20-year-old man for allegedly defiling and killing a 17-year-old girl with a knife.

The PPRO said that the suspect committed the crime on September 16 at about 8:30pm at a Bible School at Olodo area of Ibadan.

Osifeso said that the lifeless body of the victim was found beside the school, with blood-soaked genitalia, coupled with signs of struggling before her eventual death.

He said: “The command had, through diligent technologically-driven intelligence and investigation, arrested the suspect who had voluntarily confessed to committing the crime.

“Investigation continues as the case is being closely monitored by the State Criminal Investigations Department, with an assurance of immediate updates as soon as we have them.”

The suspect, in an interview, said that he took a knife in their house and went to the church where his mother works as a cleaner, knowing full well the time the victim would come to the church for rehearsal.

He said: “When the victim arrived, I asked her to help me carry a chair inside the church and she followed me.

“I then took a knife out of my pocket on our way and told her not to shout.

“When I attacked her with the knife, she started struggling with me and the knife fell off.

“She tried to run out of the church, but I hit her neck and she fell down, after which I hit her head on the floor and she became weak.

“I then raped her and later killed her when I knew that she recognised me.”

Osifeso said that the Commissioner of Police in the state, Adebowale William, appealed for continuous cooperation and support from the people of the state by providing timely and credible information, for improved proficiency.