Why I had an affair with Apostle Johnson Suleman-Halima Abubakar 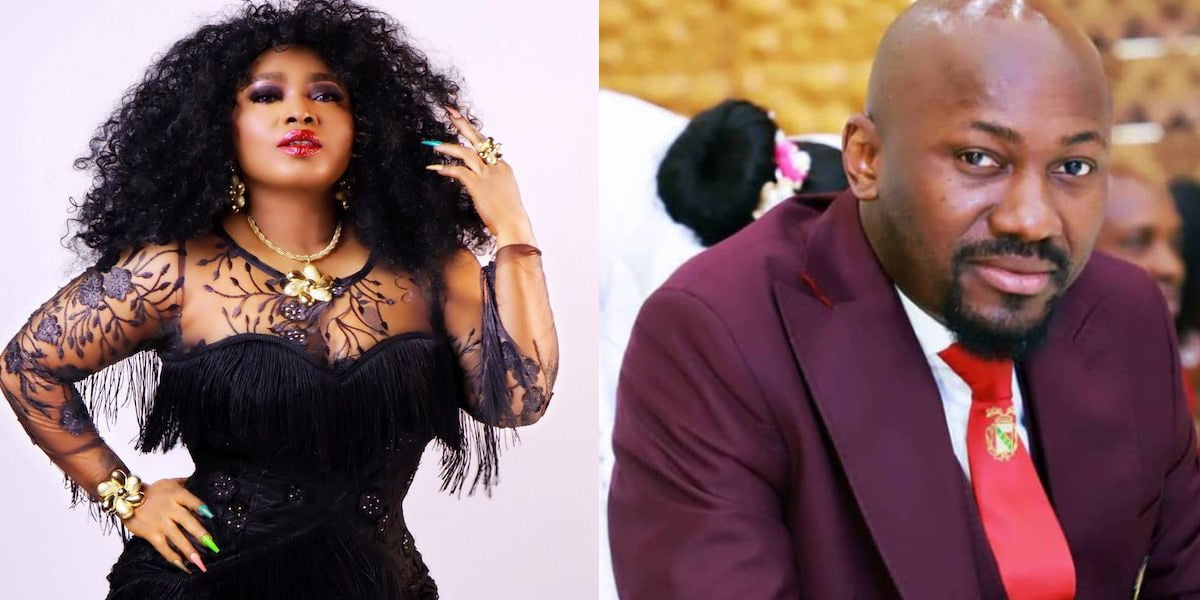 In a series of posts shared via her Instagram Stories on Sunday, September 18, 2022, the actress called out the pastor for allegedly paying bloggers to write demeaning stories about her.

“Every month only you. How do you sleep? You paid off the blogs, only you, God forbid.

“Look for lies and send it to your bloggers. They need am,” she wrote.

“But you JS. You bought market Sule.

The actress also revealed that the reason she had an affair with the pastor was that he told her he was separated.

“I fuck up yes. I own my mistakes. But I won’t lie anymore.

“Nigga said he was separated. I didn’t meet a married man.

“I met a businessman with three kids.

“Long story, stay away from liars,” she revealed.

Abubakar has been in the news for months over her alleged relationship with the pastor.

At some point, she called out one of her colleagues, Shan George for denying not having an affair with the pastor.

While some ignored the rumours.