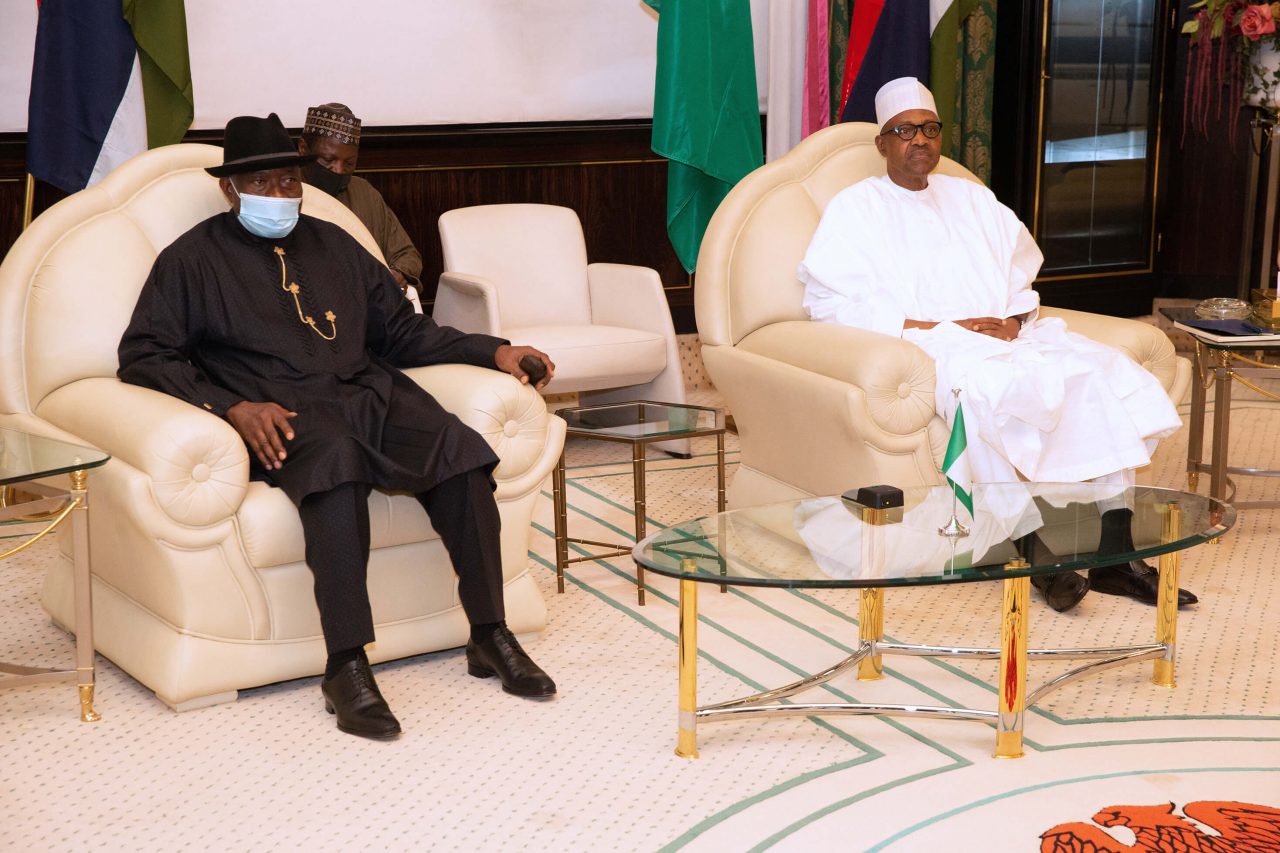 President Muhammadu Buhari will consult with key leaders of ECOWAS countries in order to find a solution to the crisis rocking Republic of Mali.

The former President was at State House, Abuja, in company of President of ECOWAS Commission, Mr Jean-Claude Kassi Brou.

The President made the pledge on Tuesday while receiving reports from ECOWAS Special Envoy to Mali, former President Goodluck Jonathan.

“We will ask the President of Niger, who is the Chairman of ECOWAS, to brief us as a group, and we will then know the way forward,” President Buhari said.

He thanked Dr. Jonathan for his comprehensive brief on the situation in Mali, “which you had been abreast with since when you were the sitting Nigerian President.”

The former President had filled in President Buhari on his activities as Special Envoy to restore amity to Mali, rocked by protests against President Ibrahim Boubacar Keita, who has spent two out of the five years second term in office.

A resistance group, M5, is insisting that the Constitutional Court must be dissolved, and the President resigns before peace can return to the country.

Crisis had erupted after the court nullified results of 31 parliamentary seats in the polls held recently, awarding victory to some other contenders, which the resistance group said was at the instigation of President Keita.

Riots on July 10 had led to the killing of some protesters by security agents, causing the crisis to spiral out of control, hence the intervention by ECOWAS.

“ECOWAS can’t preside over the removal of an elected President. Not even the African Union (AU), or the United Nations (UN) can do it. Leaders must be elected and leave under constitutional processes, otherwise we would have Banana republics all over the place,” Dr Jonathan submitted.

The former President thanked President Buhari for providing a Presidential jet for the mission, “thus making our trips convenient and comfortable.”

He equally expressed appreciation for the Itakpe-Warri railway complex named after him last weekend.

“It was a big present for me. Thank you very much,” he said.