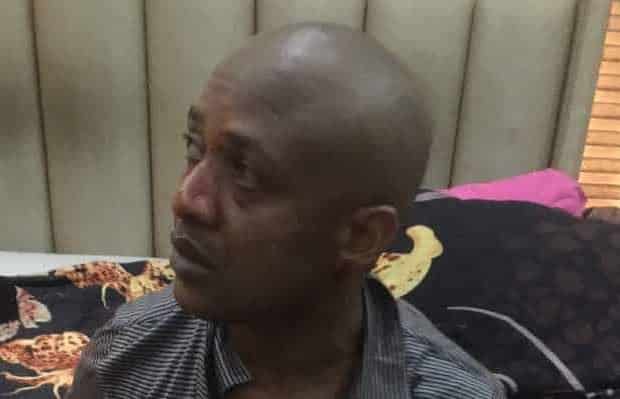 Facts have emerged on why billionaire kidnap kingpin, Chukwudumeme Onwuamadike, popularly known as Evans, decided to drag the Nigeria Police to court over his continuous detention.
Evans had on Wednesday dragged the Inspector General of Police, Ibrahim Idris; the Police Service Commission; the Lagos State Commissioner of Police, Fatai Owoyemi; and the Federal Special Anti-Robbery Squad to the Federal High Court in Lagos.
In the suit filed by a Lagos-based lawyer, Olukoya Ogungbeje, Evans is claiming that his continued detention is an abridgement of his fundamental human rights.
However, highly credible police sources told The Eagle Online that it was Evans’ gang members who are yet to be arrested that sought for and got the services of Ogungbeje to frustrate further investigation into the case.
A source said: “Evans gang members who wanted him to go to court before Police will finish investigations that have been leading to their exposure and arrests, hired a lawyer who sued the Lagos State Commissioner of Police and OC SARS, Lagos today.
“They’re insisting that Evans should be charged to court.”
The Eagle Online, however, gathered that the Police anticipated such a move early enough.
The police, it was learnt had equally secured an order of the Federal High Court to detain Evans for at least three months.
The order, sources told The Eagle Online, was secured last week Thursday.
The order covered Evans and all his gang members who have so far been arrested.
They are to remain in Police custody for three months.
The source said this is to enable the Police conclude all investigations in Nigeria, Ghana and South Africa so that all those involved in the kidnapping network run by Evans will be brought to book.
The source added: “Unfortunately for them, which is what they failed to take into cognizance, we can also renew the order after three months.
“But I am sure we will not even need up to that.
“And their running heater skelter is even helping us as they are daily making mistakes that have been further exposing them.”