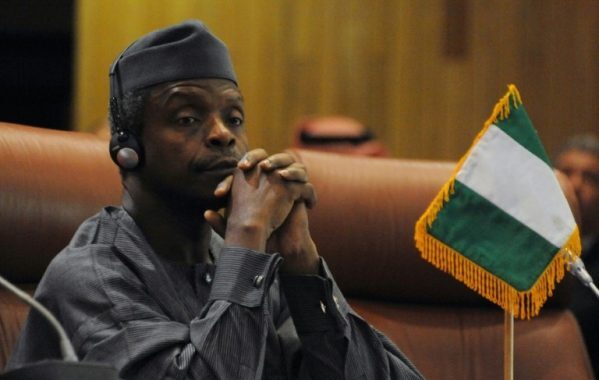 Former President Olusegun Obasanjo has called for the creation of an emblematic Made-in-Africa brand that will promote intra-African trade and boost the international export of African products.

Obasanjo made the call at the end of the third day of the ongoing Intra-African Trade Fair 2021 in Durban, South Africa.

The News Agency of Nigeria reports that the IATF2021, which is being attended physically and virtually, ends on November 21

Speaking at a conversation session that marked the highlight of the day, Obasanjo told the audience that having a Made-in-Africa brand would instill a sense of pride in each African country.

He said that the African Continental Free Trade Agreement was working to remove the divisions that were brought about by colonialism, where Africa had been divided into regions based on the languages of the colonisers.

According to him, the shared vision of IATF2021 participants and the traders at the Trade Fair is what will bring the AfCFTA to life.

“I have been impressed by the interaction of people at the IATF. People are working together, and this creates the environment in which miracles can happen,” Obasanjo said.

Earlier, during a morning panel session with the theme: “Integrating African manufacturers into regional and global value chains,” Gwen Mwaba, Afreximbank’s Director and Global Head for Trade Finance, said that Africa had an abundance of ideas.

She, however, said that Africa did not have the knowhow to convert ideas into viable and profitable businesses, resulting in lost intellectual property.

Describing the challenge as three-pronged, Mwaba said: “Africans have a plethora of good ideas that are not followed-up.

She suggested the use of education to address the intellectual property challenge in Africa, saying that the resulting business ideas could be harnessed and given a chance at success with the support available from Afreximbank.

Mwaba added that Africa needed more industrial development zones, built by the public sector, where the cost of production and manufacturing was reduced, and several countries could combine their industrial strengths to meet common goals.

She added: “By leveraging innovative multi-country collaborative models, African countries can start to manufacture and export products to the rest of the world.

“Asia has done this successfully with brands such as Hyundai, whose vehicle components are manufactured and assembled by different entities, all working to leverage their individual capabilities.”

In his contribution, Ebenezer Tafili, Deputy Director, Capacity Building at the World Customs Organisation, said political will was needed to have the kind of operating environment needed to allow Africa’s ideas to flourish.

Tafili added that the political will would also help Africa leverage the free trade agreement where countries would match their potential to grow the manufacturing sector.

He said: “The AfCFTA needs political will to support its success, which requires collaborative private-public partnerships to ensure viability.

“Without a strategy to change policy and allow for more manufacturing and industrialisation, the notion that Africans are merely consumers and not producers will continue to exist.”

Organised by Afreximbank in collaboration with the African Union and the AfCFTA Secretariat, the seven-day IATF2021 is providing a platform to promote trade under the AfCFTA.

The IATF2021 features over 6,000 buyers, sellers, and other stakeholders participating to share trade, investment and market information as well as trade finance and trade facilitation solutions designed to support intra-African trade and Africa’s economic integration.