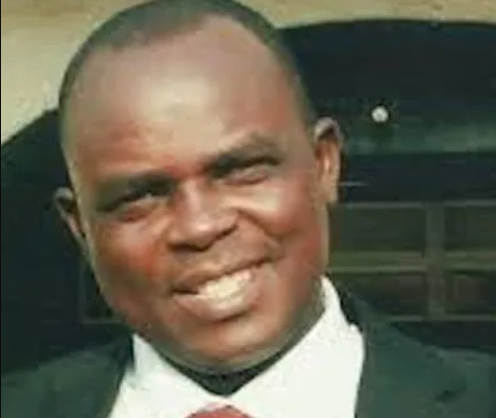 D-Day is here! The Ekiti governorship election is a few days away! Who wins the polls? As days become hours, the fear of Segun Oni, the SDP governorship candidate, has become the beginning of wisdom, especially for the Fayemi group! Gov. John Kayode Fayemi is supporting his erstwhile Secretary to State Government (SSG), Abiodun Oyebanji. Analysts said it is the fear of Segun Oni that caused Fayemi to apply the reverse gear at last week’s APC presidential primary in Abuja. Many were surprised when Fayemi abandoned his presidential ambition and announced he was stepping down for Asiwaju Bola Ahmed Tinubu. Did commonsense prevail in the dying minutes? Did dollars change hands? Did Fayemi read the handwriting of imminent defeat – and disgrace – on the wall? Some analysts say it is the dynamics of Ekiti politics that forced Fayemi’s hands in far-away Abuja. All politics, as they say, is local. A politician that loses his home base floats in the air and has no base. For Fayemi, keeping Ekiti is to be preferred to the wild-goose chase of presidential ambition. At the very best, what he was angling for, according to some calculations, was the running mate ticket, especially at the point it appeared the APC ticket would go to the North. Once that became tenuous and the pendulum swung in the direction of the South, it became clear that the running mate slot for a Southerner was no longer on the cards.

On the home front in Ekiti, the tsunami that the Segun Oni campaign had assumed has become a big headache for Fayemi. Segun Oni is believed by some to have the support of Tinubu. If that is true, it means the political machinery and structures of Tinubu would be made available to Segun Oni. Tinubu’s deep war chest, if opened to Segun Oni, could be a game-changer with the central and vantage position money occupies in our politics these days. Fear the Jagaban! If the recently-concluded APC presidential primary teaches nothing else, it teaches that you underrate Tinubu at your own political peril. With the personal popularity of Segun Oni, he will be unbeatable on Saturday if he gets Tinubu’s support and State power is not arrayed against him. The dynamics of Ekiti politics also favours him. Many of the disgruntled elements in both the APC and PDP have either worked with Segun Oni before (during his first stint as governor) and would prefer to work with him again as opposed to pitching their tent with Fayemi (APC) or ex-Gov. Ayo Fayose and his blue-eyed godson, Bisi Kolawole aka Bisi K. The fact that Segun Oni will serve only one term as governor is also a major incentive for the plethora of wannabi governors waiting in the wings. Better to have Segun Oni who cannot do more than one term of four years than have a Bisi K or Oyebanji who can, and will most certainly want to go two terms of four years each.

Fayemi openly stepped down for Tinubu at the Eagle Square in Abuja but Ekiti delegates voted in their overwhelming majority for the vice-president, Yemi Osinbajo. What kind of abracadabra is that? Did it mean the governor did not control the delegates but that Babafemi Ojudu, the political adviser to the vice-president, did? Or did Fayemi kill two birds with one stone? He stepped down and wrote himself into Tinubu’s good books; he delivered or allowed the delegates to be delivered to Osinbajo so that head or tail, he wins? If, on the other hand, he truly did not have control over the delegates, how does he intend to win Saturday’s governorship election? Will Tinubu accept Fayemi’s gesture of support and truly end up in his corner and offer the “support” he knows how best to offer and ditch Segun Oni to the bargain? Or will the political strategist in Tinubu come to the fore and see him pay Fayemi back in his own coin? I expect Tinubu to know that fair weather friends cannot be trusted. When the chips are down, the person who betrayed you once can do so one more time! Whether he gets Tinubu’s support or not, Fayemi will get some soft-landing for the timely decision he took to support Tinubu in Abuja. If his candidate fails and Segun Oni wins, the winner may be prevailed upon to let sleeping dogs lie.

Why do I think it is in the best interest of Ekiti for Segun Oni to win on Saturday? Hear this story: One day at the dining at the Governor’s Lodge in Ekiti, the discussion revolved around politics and political parties and I said politics is the art or science of public service. The governor disagreed! “No sir”, he countered, “Politics is a game of self interest” We argued and argued. He described my definition as “textbook definition” and his as a practical politician’s definition and the real politics practised out there. I couldn’t agree with that – and he wouldn’t shift ground. I retreated into my room wondering what kind of public service anyone with that mindset will render. He said he got into politics to improve his own lot; that he was not drafted into it by any public; that the resources and time he invested were not on behalf of any public; and that the risks he took and all he had suffered were not shared with him or discounted by the public. He was right – but he was also wrong!

Recall that before this same governor could finish his tenure, the EFCC declared him wanted. The witch-hunting was that bad. They even procured fake flight tickets, claiming the governor planned to flee but it was all lies. Thank God that the governor was not a coward. He boasted he would turn himself over to the EFCC on his own volition a day after his tenure expired and he honoured his word in grand style as usual, wearing a t-shirt with the inscription, “EFCC: Here I come” I was one of those who escorted him to the EFCC office in Abuja. We were not allowed to go in with him but Gov. Nyesome Wike and Mike Ozekhome (SAN) both insisted they must go inside the EFCC fortress with Ayo Fayose. If Fayose supported Wike all the way at the PDP presidential primary in Abuja, that may be it – even if there were other factors at play. I am sure you understand what I mean! As we sang and chanted Fayose’s name at the entrance to the EFCC office, I remembered his definition of politics as a game of self service; that no public sent him and that no public would suffer with him. Yes, he was right! He carried the can all by himself. Only a few were still standing with him just a day after he exited office.

After he was charged in court and was remanded at the Ikoyi prisons in Lagos, I visited him in company with others on a number of occasions and also attended court when he was eventually had his day in court. On my first day at Ikoyi prison, I met him and others who were there before me sitting and chatting in one of the Ogas’ offices. But some minutes to 6pm, the Oga told him: “Your Excellency, it is time for you to go in” And Fayose began to pack his things! I couldn’t believe both my ears and eyes! I asked him: “You don’t mean you are going in there?” Right inside the prison! He said yes, he would. From the office where we sat, we could see the bowels of the prison, with inmates streaming back and forth. A horde of skinny heads and emaciated bodies! There were hundreds of inmates in an enclosure that shouldn’t take more than a hundred people at the most. As the gates opened, tears streamed down my eyes! Interestingly, he was the one consoling me! He said: “It is because you are a godly person that you are still sticking with me. What did I give you? Those who benefitted much, where are they now?” I tell this story today because I think four years is enough time to declassify this information in the public interest. Besides, there are useful lessons to learn as Ekiti makes the critical decision of choosing another leader in a few days’ time.

One: Choose only leaders who believe that politics is for public service and not for self or selfish service. The mindset of our leaders is one very critical reason why our best remains in the past. The leaders that we continue to venerate decades after they have gone saw and treated politics as the game of public service – not of self or selfish service. That was what set the Awolowos of this world and his colleagues apart from the leaders of today. Two: The followers of old stuck with their leaders and never abandoned them to the vagaries and vicissitudes of political witch-hunting. They stuck with Awo even though he was in prison. How many of today’s followers demonstrate such fidelity? These, then, are the two sides of the coin that must be addressed if we seriously mean to bring back the glory days that we so much yearn for. Let us begin with Ekiti!