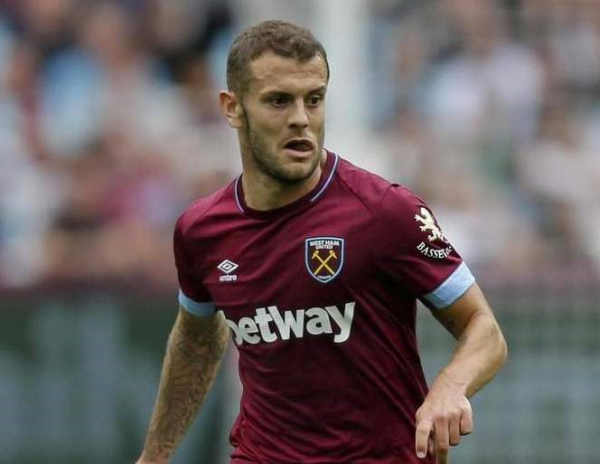 West Ham United midfielder, Jack Wilshere’s return after an ankle surgery has been pushed back, manager Manuel Pellegrini has said.
Wilshere, who joined West Ham from Arsenal on a free transfer this season, underwent a minor ankle surgery after picking up the injury against Wolverhampton Wanderers early last month.
The 26-year-old, however, remains on the sidelines, due to some inflammation around the ankle, pushing his likely return to next month.
“Jack felt some pain the last two days here so he needs more time to recover,” Pellegrini told the British media.
It’s not all gloom though as striker Andy Carroll was back to training on the pitch in a welcome boost.
The Chilean manager was more optimistic about Andy Carroll’s fitness levels, with the striker penned for a return in “15 days” after suffering an ankle issue during pre-season.
West Ham, currently 15th in the Premier League standings with seven points, host London rivals, Tottenham Hotspur, on Saturday.